World Touring Car Cup teams' champion Cyan Racing's first fight in 2019 will be "with ourselves" as it attempts to understand its new Lynk & Co challenger, says Thed Bjork

Last season it claimed the inaugural WTCR teams' title following the series' switch to TCR rules - running a pair of Hyundai i30 Ns in partnership with Yvan Muller Racing.

This season it will field four Lynk & Co 03s, which have been developed for the 2019 season by its motorsport partner Geely Group Motorsport.

Bjork said GGM head Alexander Murdzevski Schedvin's target of occasional wins in 2019 was "modest" and that he wanted to challenge for the title, but accepted it may take time for Cyan to find a level that allows him to do so.

"Sometimes when you have a brand new car, it's not even been raced before, I think we are fighting with ourselves first," said Bjork.

"[The challenge is] to have the car consistent and doing a good job with ourselves. We are out getting the team to work with four cars, so the first challenge is ourselves and finishing races and so on.

"Because it's a new car, it's not run many miles for example.

"And then the next challenge is that all the teams are better than last year.

"We have to tackle the first challenge first and then focus on the second." 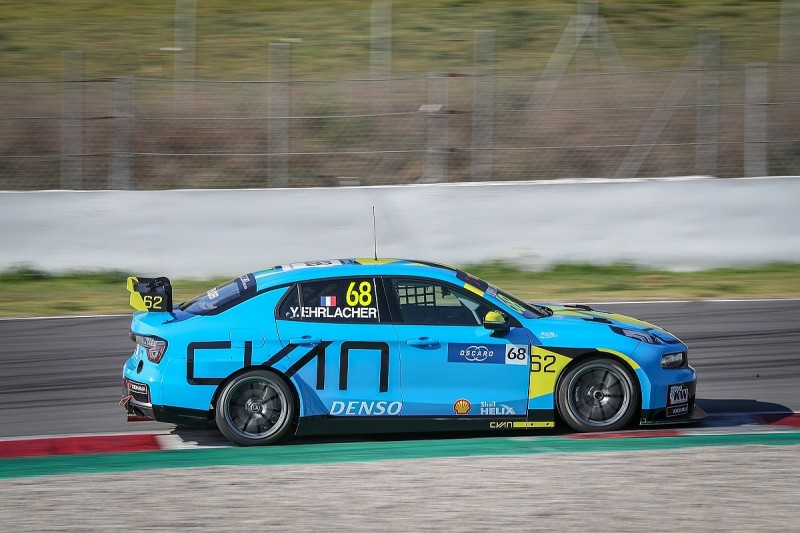 Asked by Autosport about his planned timeline for achieving wins, Bjork said it was instead more likely that once Cyan had a hold on its car it would target certain events to score heavily at, given the swings in competitiveness seen in 2018 as a result of TCR's Balance of Performance.

"If you take the experience from last year, even though the Hyundai was such a strong car in the beginning, you have the Balance of Performance, the FIA weights, so you have the movement happening and then tracks that suits cars in a different way," he added.

"For sure it will swing, and then the goal is, for me, to score the points where you can be good.

"When I came to Ningbo [last year] the car was perfect, I won two of the races.

"So if we come to a track where [we think], 'OK, this is our track', we need to score the wins there to fight.

"Because if you can't do that, [if] you have a problem or so on and you can't get the points you should, then you will probably not win the championship.

"So the timeline is not like, 'When we come here, we will win', it's more, 'OK, what race is going to suit us, how do we get the performance'."