The pair's BRC Racing squad issued a statement last Thursday in response to the BoP issued by the WSC Group behind the regulations used in WTCR, saying it felt the measure "unfairly penalises our car".

While Cyan Racing's new Lynk & Co 03 will be the heaviest car on the WTCR grid at the Marrakech season opener, the Hyundai i30 N BRC runs has a ride height of 90mm and its engine is restricted to 97.5% power.

Both Michelisz and Tarquini, the reigning WTCR champion, said their fears were fundamentally about the car's straightline speed compared to the other six models in the series at last week's two-day Barcelona pre-season test.

"Performance-wise we are a bit more behind than expected," said Michelisz, who missed the second day of running.

"It can happen that suddenly circumstances change and you find yourself more up the order, but after seeing today [Thursday's times], I have to be honest, I'm a bit cautious about expectations for the season start.

"I was following some other cars, and for me the biggest deficit we have is in a straight line.

"We have a deficit to every other car on the track. One thing I can be honest with you about is that we are not playing around - we are not lifting halfway on a straight just to have a bad speed trap.

"You can have circuits during the season where this is not such a big issue, but you will have circuits where if it stays like this you can do whatever you want, you will not finish in the points.

"You have to approach the season where the target is to win. I [have] finished runner-up, won races, so of course I would like to be there again.

"But I also like to be realistic sometimes and my realistic side says that if it stays like this then the season start will not be easy for us." 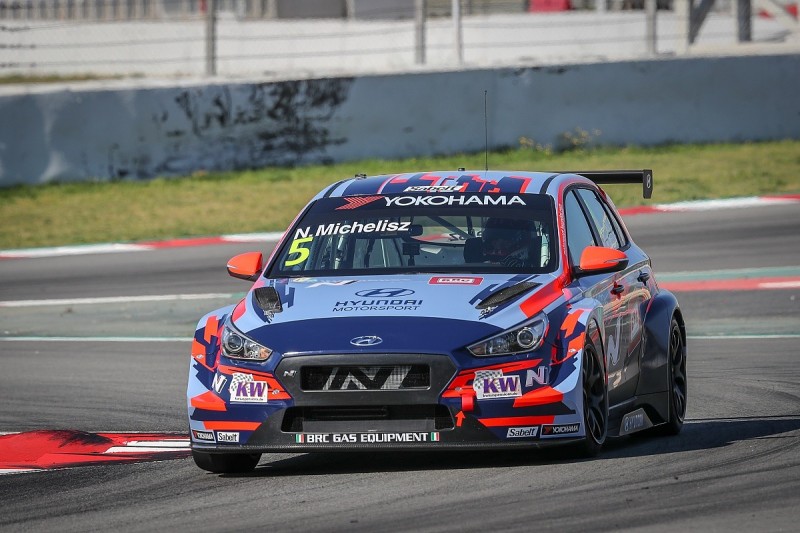 But Michelisz, when asked if BRC is running to the BoP, said "it doesn't make sense not to do that".

Tarquini said he was "very happy" with his i30 N's performance, but added "we are really upset about BoP".

"The car is very slow on the straight - last year it was [a] very big problem because they slowed [the Hyundai] down a lot in terms of power, weight - ride height is also a small difference from the beginning of the season but the main issue is top speed," he said.

"If some car is more than 11km/h or 12km/h in Barcelona than you, [then] it's a different category. "If a car is 12km/h faster on the straight, how can you fight with them?"