The 2017 World Touring Car Championship-winning squad did not race in WTCR this year but announced in October it would enter the series in 2019 with a car built to TCR regulations from Geely brand Lynk & Co.

It has now begun its testing programme with its Lynk & Co 03, running at Mantorp Park in Sweden as well as at Portugal's Estoril circuit.

Thed Bjork and Yvan Muller, who was Cyan's development driver and senior advisor on its WTCC project in 2017 before coming out of retirement to race full-time in WTCR this year, have driven the car.

Cyan completed this running alongside Geely Group Motorsport, which has built the cars.

"We are happy with the progress so far and the car has been reliable in the first tests," said Geely Group Motorsport head Alexander Murdzevski Schedvin.

"The evaluation programme goes according to plan and we have a couple of intense months ahead of us to secure a competitive car for our customer teams." 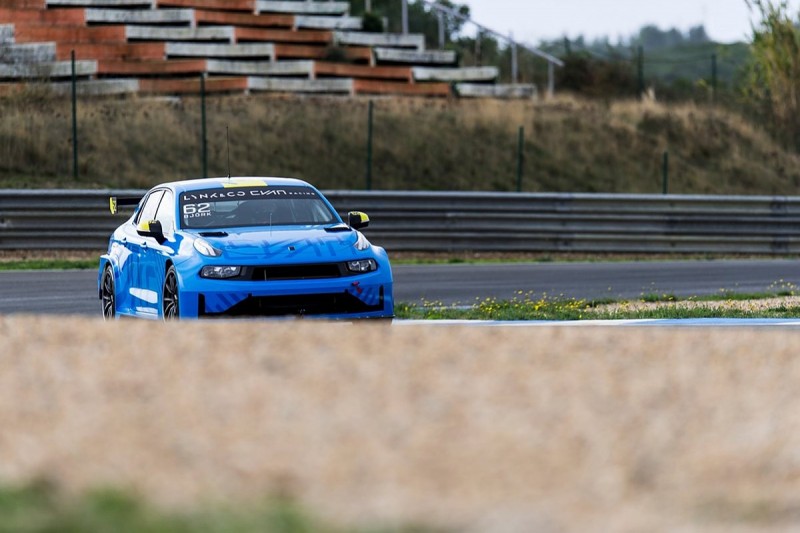 While details about the tests remain light, Autosport has learned that a three-day programme was completed at Estoril, and took place prior to the Macau WTCR season finale.

A Cyan Racing spokesperson added "testing will continue during the winter and spring ahead of its [the car's] race debut" when asked by Autosport about Cyan's further development plans.

Cyan will take delivery of the cars close to the start of the 2019 WTCR season, which it said will result in a "hectic schedule prior to the first races".

Last year's WTCC champion Bjork was announced as Cyan's first 2019 driver at the launch of its WTCR project, while Muller revealed after the Macau event he will also join Cyan, which helped operate his YMR team in WTCR this year.

Further drivers are expected to be added to its line-up in due course.