The WTCR has brought forward a number of cost-saving measures, including reverting to World Touring Cars' traditional two-race format at all events, for introduction this year

The series said expediting the addition of those measures, which were originally due to be introduced for 2021, was "in response to current market conditions", which it said included the impact of the coronavirus outbreak.

Though the series does not permit full factory entries, in line with TCR regulations, the influence of manufacturers on programmes has increased since WTCR succeeded the World Touring Car Championship in 2018 - meaning costs have risen as a result.

That has also coincided with Volkswagen realigning its motorsport strategy, which resulted in the end of its support of the Sebastien Loeb Racing WTCR outfit and the development of its new Golf GTI TCR model, and Audi's customer racing division ending its direct involvement in the series.

As a result of the new measures, the majority of race weekends will become two-day events, with practice taking place on the first day before qualifying, and two races - the first of which will include the traditional partially reversed grid - running the following day.

Of the two qualifying sessions in use during the past two years when three races were staged at each event, the three-stage qualifying format, which includes a five-car pole position shootout session, will be retained. 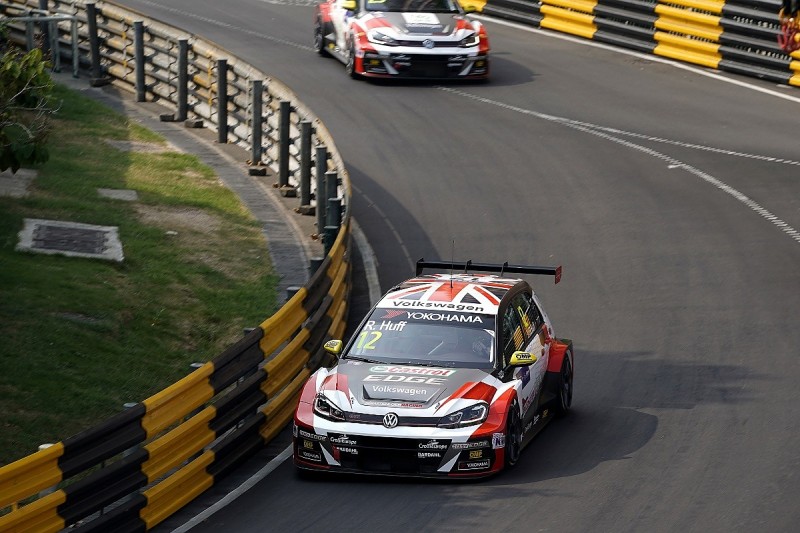 The deadline for entries for the 2020 season has also been extended from its traditional end of January cutoff until 6 March.

In addition to this change, and contrary to previous suggestions, three-car teams will be permitted if one of the drivers in that line-up is a rookie.

"We have acted decisively and responsibly to protect WTCR, keep it strong for all the stakeholders, maintain its appeal among fans and media and ensure it remains attractive and accessible for new privateer teams wanting to race at the highest possible level of TCR," said head of WTCR promoter Eurosport Events Francois Ribeiro.

"Unsustainable budgets and acknowledging the impact the coronavirus outbreak is having on the global economy, has accelerated the introduction of a number of cost reduction measures and format changes developed together with the FIA and team representatives.

"But these changes are a must, not a nice to have, and we must keep moving forward in a responsible fashion."

Further limits on staffing levels, and a reduction in the number of tyres available at each event, will also be enforced.

A release said a taskforce has been set up to "explore extra ways to limit expenditure ahead of the 2021 season".