Starting the second SuperFinal from pole position, the Swede only needed to finish fifth to ensure his place in history, regardless of what happened to chief title rival Jean-Karl Vernay.

Incredibly though, Ekstrom collided with fellow front-row starter Philipp Eng entering the downhill first corner, spinning wildly in front of the pack and miraculously continuing, albeit with a punctured rear tyre and significant damage to his CUPRA e-Racer’s floor.

He dived for the pits at the end of the lap and was able to continue - a lap down - with a new wheel and at reduced speeds, knowing that to be classified as a finisher he had to complete at least 75% of the race’s distance.

With Eng dropping out with the damage sustained, Ekstrom circulated in fifth, doing just enough to be crowned champion by four points.

At the front Vernay headed Hyundai team-mate Tom Chilton and Romeo Ferraris-M1RA’s Rodrigo Baptista to win not only the SuperFinal, but the French event overall - on the same day he had also been victorious in the WTCR race at the same circuit.

His 72-point haul was nine better than Hyundai team-mate Augusto Farfus - who had been similarly dominant in SuperFinal A, as the Korean brand took the manufacturers’ award with a one-two finish, while Cupra Racing claimed the manufacturers' title. 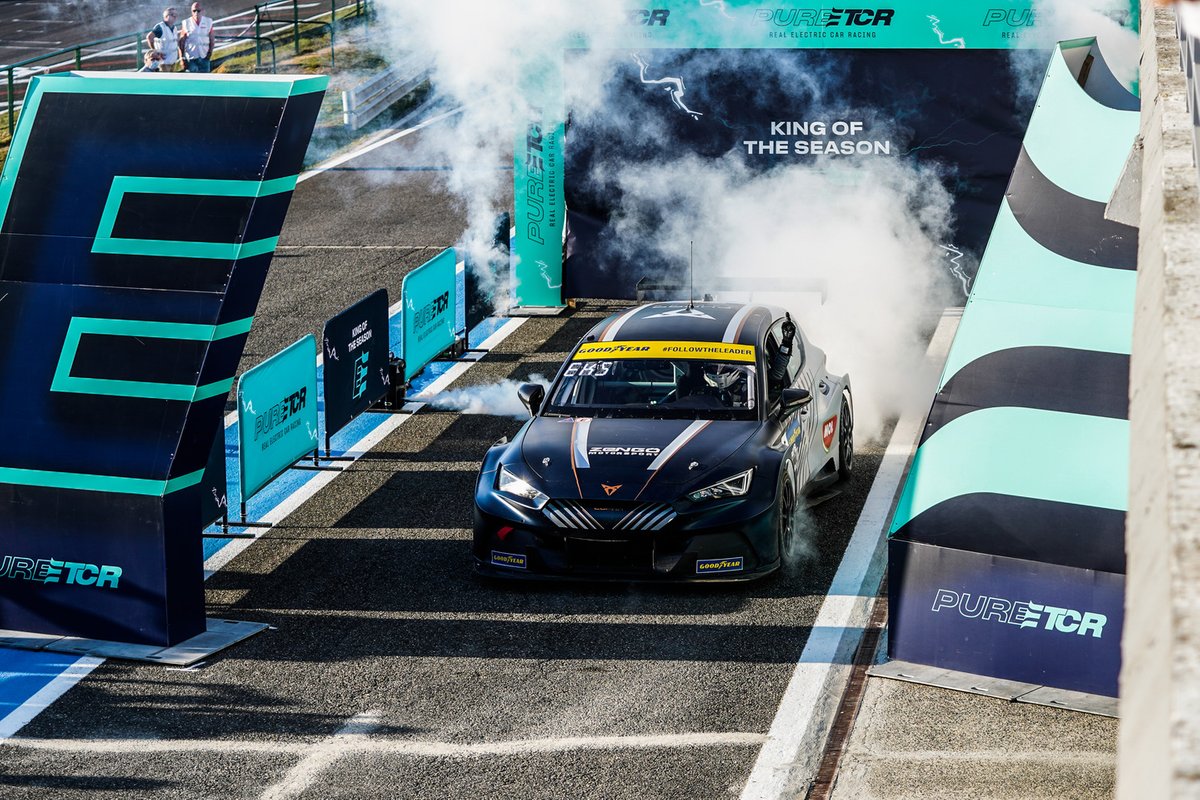 Three drivers had begun the day in title contention; Ekstrom, Vernay and Mikel Azcona, who was the only one of the trio drawn in Pool A at the start of the weekend.

Azcona started fifth in SuperFinal A, and after banging doors with Hyundai’s John Filippi on the run to the first corner, became trapped near the back, forcing him to use more of his Power-Up in the early laps to make up the ground he needed.

He did eventually pass Filippi, the Giulia ETCR of Oli Webb and team-mate Daniel Nagy to finish third; a result that momentarily put him into the series lead and confirmed CUPRA X Zengo Motorsport as Manufacturers’ champions.

Azcona completed the podium in France, finishing third in both the event and the series as a whole.