The Sepang circuit has been added to the World Touring Car Cup schedule for 2019 and will host the series' season finale.

The Malaysian track has not held a round of the new-for-2018 WTCR world cup or its World Touring Car Championship predecessor, but was the venue for the first race for the TCR cars that now compete in the series - the inaugural round of the TCR International Series - in 2015.

It has been added to the WTCR calendar, which was published after Wednesday's FIA World Motor Sport Council meeting, and will again consist of 10 rounds - and, although it has not yet been assigned a date, will host the season finale.

One of the weekend's three races will take place at night.

Sepang takes the place of the Wuhan street circuit which, as reported by Autosport, has dropped off next year's schedule due to the proximity of the original date to the Military World Games being held in the city.

The Slovakia Ring has also secured a spot on the 2019 schedule - it hosted a round of this year's championship, but only as a replacement for the cancelled Termas de Rio Hondo round in Argentina.

That event takes place on the May 11-12 weekend and is the third round of the season, which will once again kick off on the Moulay El Hassan street circuit in Marrakech on the April 6-7 weekend before the series visits the Hungaroring on the last weekend in April.

The series' centrepiece events on the Nurburgring Nordschleife - in support of the Nurburgring 24 Hours, which this year takes place in June - in Vila Real in Portugal and on the Macau Grand Prix undercard have all been retained for 2019.

Only the Zandvoort round, scheduled to take place a week after the visit to Slovakia - is yet to be confirmed.

Publication of the decisions of the WMSC also revealed the series will adopt a simplified points system for each race that extends down to 15th place, as reported by Autosport.

The move was initially approved unanimously by teams as well as the FIA's touring car commission, and was ratified during Wednesday's meeting. 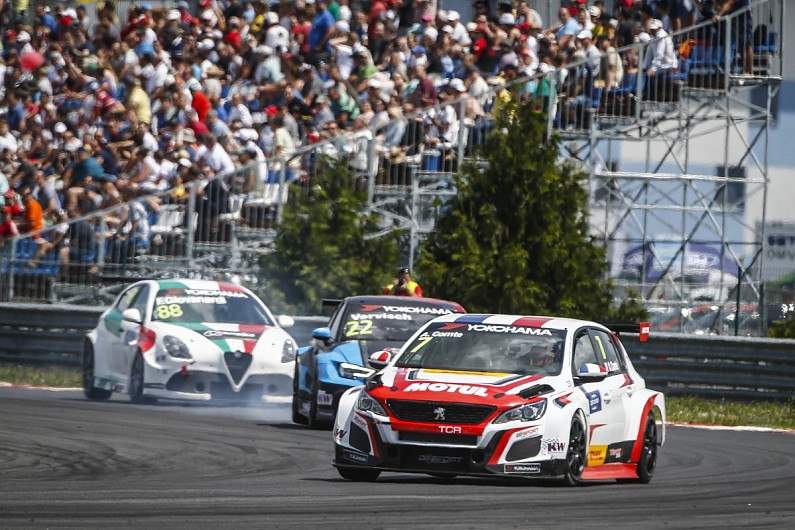 While the series previously employed different systems for the top 10 finishers in each of the three races taking place during a weekend, it will now adopt a universal scale that allows cars finishing in the top 15 to score.

The maximum number of entries for the 2019 season has also been increased from 28 to 32 - Cyan Racing will join the series with Geely brand Lynk & Co - while a four-car limit on cars representing each brand and two-car teams were also approved.