Catsburg had steered his Volvo to the top of the times with an impressive 8m38.680s, almost four seconds shy of the new lap record he set in practice, after a succession of fastest sectors on his second of three fast laps.

But after making a slight rear wing adjustment for his last run, the Polestar driver was unable to find extra time after suffering a vibration.

That then opened the door for Michelisz, for whom personal bests in every sector on his last lap allowed him to leapfrog his rival with a time of 8m38.072s.

Rob Huff had previously led the times on the first of three flying laps before falling down the order.

An issue with his clutch caused him to slow on the grand prix circuit, but he recovered to set his best lap on his final run to go third.

Huff's late improvement meant the second works Honda of Tiago Monteiro finished fourth ahead of Thed Bjork's Polestar Volvo, who had suffered from an engine glitch in the second practice session.

Sebastien Loeb Racing's Tom Chilton finished the session in sixth ahead of the ROAL Motorsport Chevrolet of Tom Coronel.

Mehdi Bennani took his SLR Citroen to eighth after narrowly avoiding a collision with the barriers at Tiergarten on his first fast lap.

Ninth went the way of Campos Racing's Esteban Guerrieri with the reverse grid pole going to Nestor Girolami in 10th.

The Volvo driver ran wide early in the session, damaging his splitter and filling his radiator with grass, but recovered to grab the opening race's pole.

The final works Honda of Ryo Michigami missed out on the reverse grid pole by finishing 11th ahead of RC Motorsport's Yann Ehrlahcer and John Filippi in the final SLR Citroen. 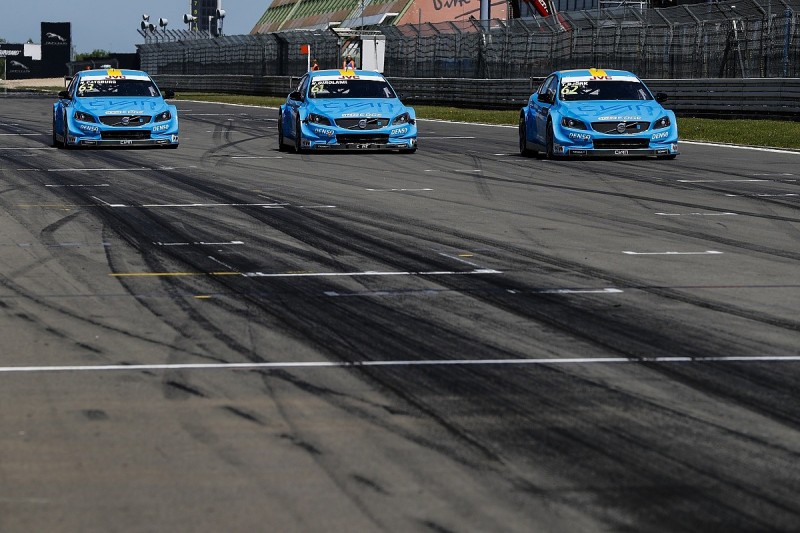 Volvo took the MAC3 victory after a suspected damper problem on Monteiro's Honda meant the team opted to complete the session "as slowly as possible within the regulations", according to team boss Alessandro Mariani.

Volvo's run was not without its own problems as Catsburg dropped off fearing an imminent tyre puncture, but the Polestar outfit's time of 9m01.99s proved to be almost 20s faster than Honda's.