The World Touring Car Championship will introduce a second class for 2017, catering for uprated cars built to national-level TCN2 regulations

As revealed by Autosport earlier this month, a second class of cars based around the TCR concept will compete alongside the championship's existing TC1 machines in a 'WTCC2' category.

The introduction of the class was agreed by the FIA during Wednesday's World Motor Sport Council meeting in Paris, and will be effective from next year.

Below the FIA's Group A TC1 regulations, the TCN1 classification covers cars built to NGTC-specification vehicles in the British Touring Car Championship, while TCN2 cars built to TCR guidelines with modifications to fuel tanks and side-impact protection for safety purposes.

Those regulations are already used in the Super 2000 class of the WTCC-supporting European Touring Car Cup.

TC1 and TCN2 machinery has already competed on track at the same time, the separate WTCC and ETCC races having shared the Nurburgring Nordschleife circuit in May this year.

There, the leading time set by an ETCC car in qualifying - recorded by the Krenek Motorsport SEAT Leon of Petr Fulin - was a 9m20.045s, 45 seconds slower than the pole position time that Jose Maria Lopez recorded in his Citroen C-Elysee around the 15.77-mile circuit. 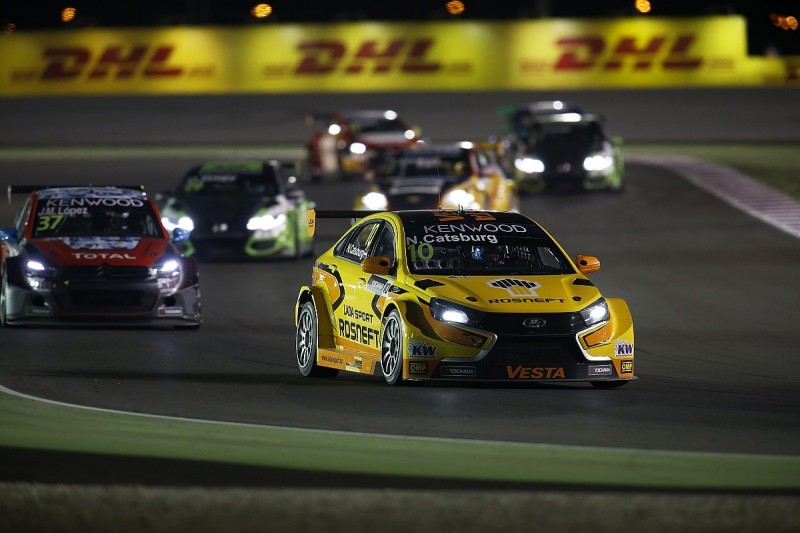 It is hoped that the introduction of the new class will "result in a significant expansion of the grid for FIA World Touring Car Championship events".

Current manufacturers Citroen and Lada contested their final events in the WTCC in Qatar last weekend, with their exits likely to lead to a reduction from this season's average grid of 18 cars.

Champion team Citroen has pulled its works outfit for 2017 - although its five C-Elysees are expected to stay on the grid in private hands next season - while Lada announced earlier this month that it would be ending its involvement in the WTCC.

The WTCC previously permitted cars built to different types of regulation in 2014, having allowed the previous Super 2000 specification cars - reclassified as TC2 - to compete for the Yokohama drivers' trophy during the first year of its TC1 era.