Rob Huff, the 2012 World Touring Car champion, has left the works Honda team after just a single year to rejoin Munnich Motorsport and drive an ex-factory Citroen in '17

Huff previously drove a privateer SEAT for Munnich in 2013, after the exit of the works Chevrolet team with which he won his championship.

He won on his debut with Honda last season at Paul Ricard but lost a second victory in Marrakech when the team was disqualified for floor irregularities, and ended up sixth in the drivers' standings.

Despite saying his Honda switch had been taken for the long term with a view to fighting for a second title in 2017 when Citroen withdrew its works programme, the 37-year-old is returning to Munnich to coincide with it securing an ex-factory C-Elysee.

"Having had a very successful year in 2013, we are excited to come back together in a much stronger position, with more experience and of course with the ultra-competitive Citroen package.

"Obviously when [team owner] Rene Munnich approached me with the idea of a Huff-Citroen-Munnich Motorsport attack on the world championship for 2017, it was an opportunity that I simply could not pass on.

"[It's] a year where it's quite possible for a private team to be world champions, and that is our number one goal."

Honda is still expected to field three works cars in 2017, with Tiago Monteiro and Norbert Michelisz set to be joined by Japanese driver Ryo Michigami after his one-off appearance last year.

Thompson drove the team's Chevrolet on a race-by-race basis in 2016, often deputising for owner/driver Munnich. 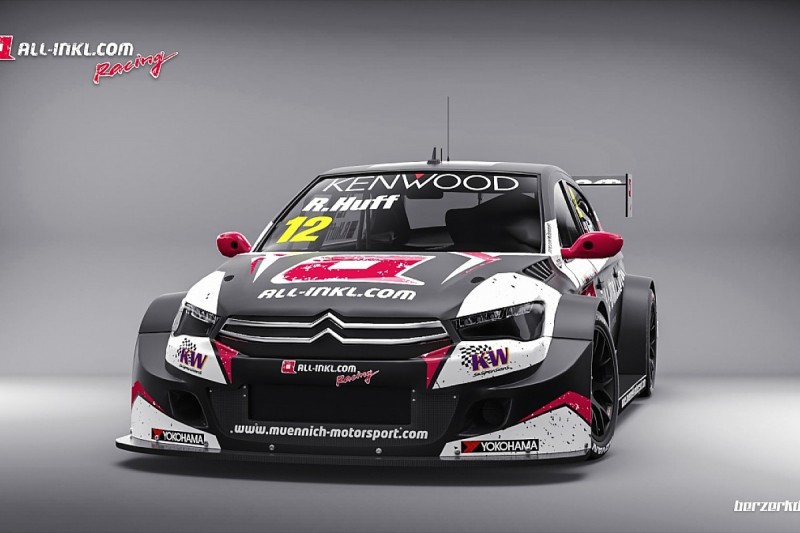 Team manager Dominik Greiner said getting hold of one of the Citroen C-Elysees that dominated the past three seasons in factory hands and re-signing Huff had reinvigorated the squad.

"You can clearly feel the motivation from every single person in the team," said Greiner.

"With the Citroen C-Elysee TC1 we have the most dominant car of the past three seasons.

"With Rob, we also have a driver with a lot of experience and success in the past.

"The combination of car, team and driver makes me feel very positive for the new season."

The Munnich Citroen is the second privateer C-Elysee to be confirmed for 2017, with Sebastien Loeb Racing having announced that Tom Chilton will stay on at the team alongside his works Vauxhall British Touring Car Championship programme.

"If Rob and Munnich Motorsport can make their Citroen go as good as it looks then there's no doubt they can join a growing list of title contenders during what will be a very open and competitive season," he said.