After topping Friday's test session, Honda driver Tarquini then set the pace in the first free practice session with a best time of 1m39.036.

Citroen drivers Jose Maria Lopez and Yvan Muller both trailed him by around a tenth and a half, and were separated from each other by just nine thousandths of a second.

Sebastien Loeb was fourth ahead of Tarquini's team-mate Tiago Monteiro and Huff, the best of the Ladas at the Russian marque's home circuit. 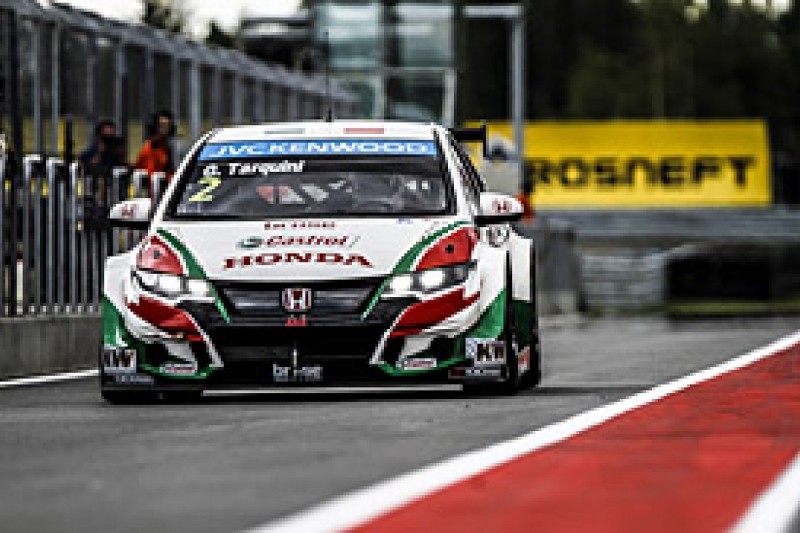 Huff then claimed the honours in second practice with a late lap of 1m38.853s to pip session-long leader Muller by 0.043s.

Making his WTCC debut for Lada this weekend, Dutchman Nicky Catsburg was seventh in the second session.

He was followed by Rickard Rydell, who returns with the Nika Honda team after missing the past three rounds with illness.