Catsburg made his debut in the WTCC midway through the 2015 season with Lada and claimed his first victory for the Russian squad at Moscow Raceway last year, finishing seventh overall in the 2016 points.

But the Dutchman was left without a drive in the series when Lada pulled its manufacturer programme from the championship last November, leading Catsburg to issue a public statement expressing his desire to remain in the championship.

The factory BMW GT driver has now extended his stay in the WTCC with a drive in one of Volvo's Polestar-run S60s for the 2017 season, and will join Thed Bjork - who claimed the manufacturer's first win in the championship in China last year - and Nestor Girolami at the squad.

"We'd been in contact during the [2016] season," Catsburg told Autosport.

"We were racing in the same championship so you run into each other, but informally more or less.

"In the end we considered it as a possibility when Lada announced it would quit the WTCC; initially the intention was to continue with Lada, [but] when that didn't continue we approached Volvo to find out about the possibilities to compete for them. 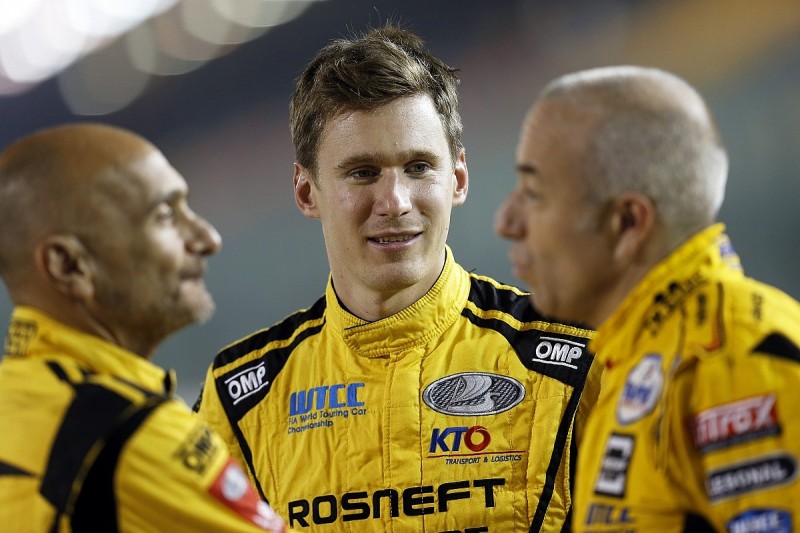 "What matters is the stability when you turn into the corner, and the power of the engine is good. In addition, it seems that the car will be easy to set up; it feels great.

"The team is very professional and fun to work with too. I know they'll do everything they can to become world champion.

Argentinian Girolami made a one-off appearance with Volvo at Motegi last year, scoring a best finish of fifth, and has previous experience in the championship having driven a Nika Racing Honda Civic in 2015.

"I am extremely grateful to get this opportunity with Polestar," said Girolami.

"My first races with them last year were really promising and I felt right at home with the team.

"I hope, together with everyone in the team and Thed and Nick, to take the next step forwards in the result lists this year."