Adding to his upcoming test in a Formula E car, six-time Olympic gold medal winner Chris Hoy will drive a Ford Fiesta at the Spanish round of World Rallycross.

The Cycling gold medalist has raced in sportscars and prototypes, including in LMP2 at Le Mans in 2016, and will also test a Formula E car for the first time this weekend in Rome.

Hoy will drive an OlsbergsMSE-built Ford Fiesta Supercar in the World RX event at the nation's home of Formula 1 in Barcelona - the second round of the series - owned and run by the Xite Racing team.

He will compete alongside the team's regular driver Oliver Bennett, who is racing a BMW Mini in the series this year.

"I am really looking forward to competing in the FIA World Rallycross Championship in Barcelona," said the 43-year old.

"Driving a rallycross car has always been on my bucket list, but to actually race against the world's best will really be something special - and a huge challenge."

Hoy will sample the four-wheel-drive Fiesta for the first time in a test at Pembrey Circuit in south Wales next week. 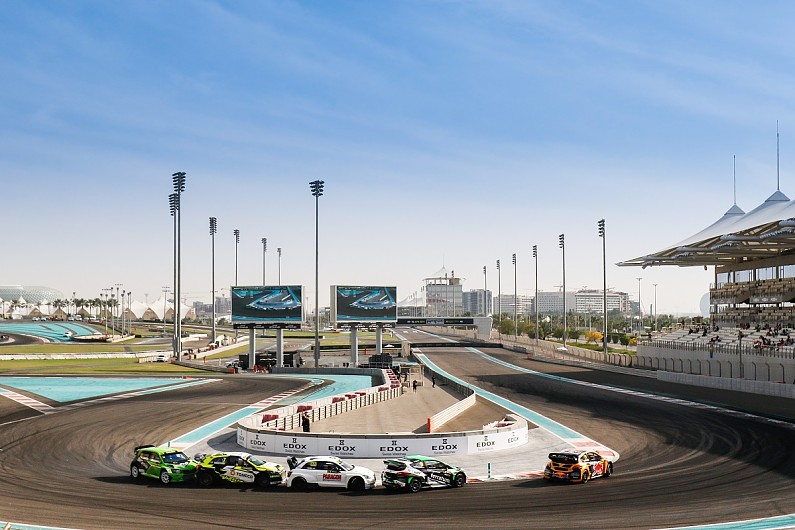 "I will be testing next week with Oliver Bennett and his Xite Racing team, and learning all I can ahead of my World RX debut in Spain," he added.

The Scottish driver is also competing in a selected number of rounds in the Caterham 420R UK Championship this season.

With 11 podiums across the two terms, Svan claimed a victory at Faleyras in France and finished third in the standings at his second attempt at the series.