The Italian manufacturer was scheduled to bring its latest engine to the final pre-season test at the Losail track, but a change of plan has delayed its introduction until the season opener at the same venue on 18 March.

"We didn't know if we could have it for the last test, and the test bench programme couldn't be tighter," an Aprilia source told Autosport.

"It will be an optimised version of the last engine, with some internal new parts.

"We want to gain on power and reliability, and especially we want to help keep the performance as the kilometres go by."

A lack of engine performance and reliability was one of the biggest problems faced by Aleix Espargaro and Sam Lowes last year, and poor acceleration has continued to hold Aprilia back in pre-season testing.

The Spaniard ended up 14th on the final day of running in Thailand last week, while new team-mate Scott Redding was 18th fastest. 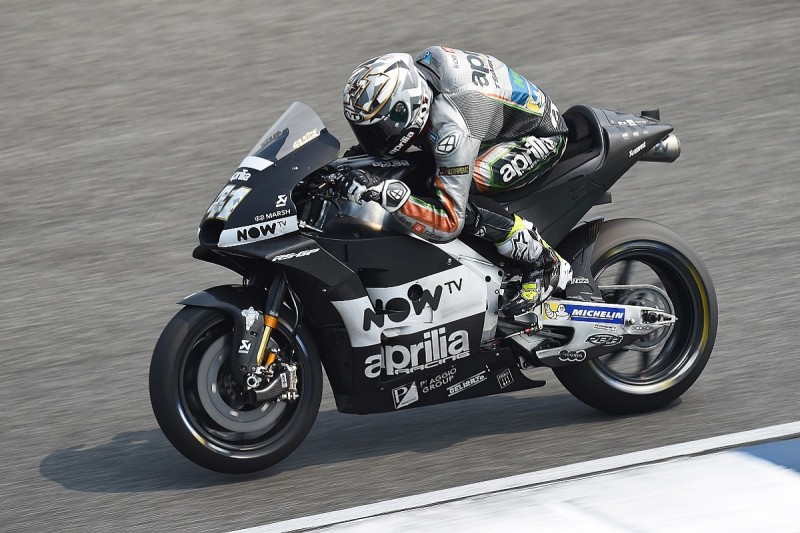 Espargaro highlighted an urgent need to update the RS-GP's engine after the opening test in Sepang, and reiterated that request at Buriram.

"[At] top speed, fifth and sixth [gears], aerodynamically, our bike is not bad," he told the official MotoGP website. "I'm quite tall but the top speed is quite good.

"Our winglets are the smallest ones on the grid, which helps not on the wheelie but on top speed.

"It's not a problem, but acceleration, [from] first to third, we are losing quite a lot.

"We tried many things with electronics during these days, but it's not enough. It's a matter of torque.

"The engineers are working hard, they know perfectly what we need to be closer to the top guys.

"We know our problems, and I hope by Qatar race we will be more ready."