The BRC will compete on the three day, 180-mile international event, thanks to a rule change for the 2017 World Rally Championship that allows cars that are not homologated by the FIA to compete on the same event together.

The frontrunning cars in the BRC are R5-spec cars, one class under the WRC cars driven by the likes of Sebastien Ogier and the same spec as those used in the WRC2 class - headed last year in Britain by Rally Finland winner Esapekka Lappi.

Wales Rally GB last formed a round of the BRC in 2008, when Guy Wilks sealed his second title in a row in a Mitsubishi Lancer.

"GB is the biggest event in the UK," said BRC championship manager and Rally GB clerk of the course Iain Campbell.

"It's the World Championship round for Great Britain so why shouldn't the premier British Rally Championship not be part of that?" 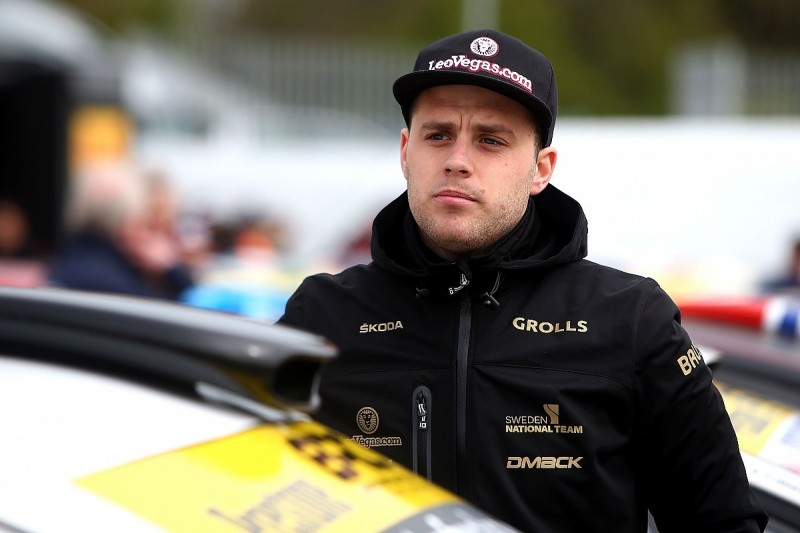 Current BRC championship leader Fredrik Ahlin, who won't return to the series in 2018, added: "You now have Ypres [round of the BRC] and Rally GB as two proper international rallies.

"It's good you have three gravel and three asphalt rounds. I hope people can see the advantages of having Ypres and GB in the championship."

While the event signifies a large cost outlay for competitors in a national championship, Campbell said BRC crews had been consulted over the change.

"It gives great exposure for the sponsors and competitors," he added.

"I spent a lot of time at the Nicky Grist [Stages Rally, a round of the BRC] asking competitors, because Rally GB is not something you can take on lightly.

"There was one competitor who wasn't sure but the rest I spoke to said it should be a round and especially if we're going to switch to six events."

The addition of Wales Rally GB to the BRC schedule is part of a truncation of the series' calendar for 2018.

The championship had previously been made up of eight rounds at seven events, with a double-header the Rally Isle of Man season finale.

Next year the series will switch to a best five of seven scores counting format, which the series is confident allows competitors to save enough money to compete on Wales Rally GB - which will become the series' double-header round.

British Rally Championship events are usually between 60-100 miles on gravel, meaning competitors contesting Wales Rally GB will have to pay more to rent vehicles, for tyres, fuel, parts, and also spend more time away from work.

The recce for Rally GB lasts from Tuesday to Thursday with the event starting on Thursday evening.

The RSAC Scottish Rally, a gravel-based event in May, and the Nicky Grist Stages, which is run on gravel and asphalt over two days in South Wales, are the two rallies that have been dropped from the 2018 BRC schedule.