His problem has launched his championship rival Sebastien Ogier into the lead, and gives the M-Sport Ford driver a realistic shot at deposing Neuville from the top of the points table this weekend.

Despite his best efforts to fix the problem, Neuville has had to retire from the day and will now only be able to take points from the powerstage on Sunday.

Hyundai driver Neuville had risen into the rally lead by the end of Friday despite running first on the road, and was pulling away on the splits early on the Yesilbelde stage that opened leg two.

But then onboard camera footage showed the left-front suspension on his i20 breaking and beginning to shed components through the deranged bonnet.

Neuville pushed on initially before having to slow to a crawl with the car's left front corner scraping along the ground.

He had to complete around five miles of the stage with the problem and lost three and a half minutes, dropping him to 10th.

"Something has broken, we didn't hit anything," said Neuville at the stage end. "Unlucky. Really unlucky."

He and co-driver Nicolas Gilsoul attempted a makeshift repair on the road section after the stage, but were not able to get the car in a condition suitable for competitive stages in time so eventually had to head back to service and retire.

Neuville is likely to be able to rejoin under Rally2 for Sunday and, though an overall top 10 finish will be out of the question once penalties for missing five stages are applied, he could still have a shot at scoring powerstage bonus points - though his chances are likely to depend on the running order chosen for the stage. 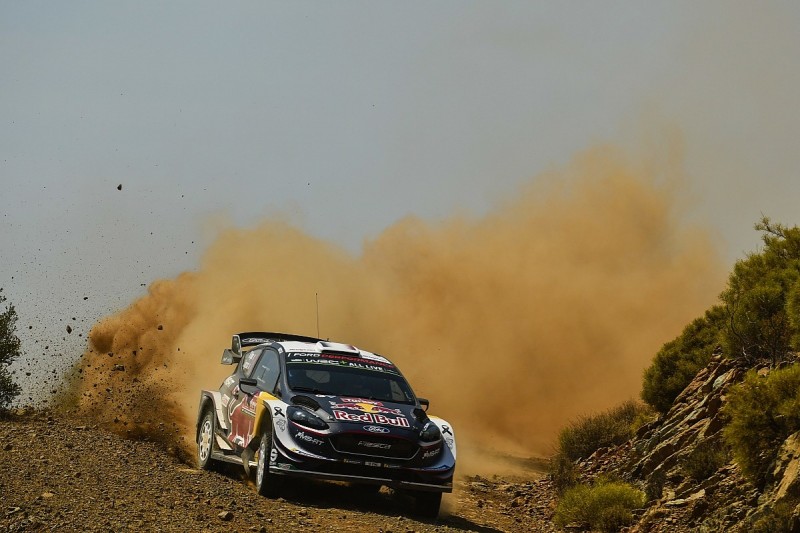 Ogier had started Saturday just 0.3 seconds behind Neuville in second, and was fastest on Yesilbelde by a huge 22s.

That puts Ogier into the rally lead by 25s over Neuville's Hyundai team-mate Andreas Mikkelsen.

Ogier, who called Neuville's news "part of the game", is currently 23 points behind in the champonship with 25 available for a win and a further five available on the powerstage.