Neuville lost his 5.1s lead to Toyota’s Rovanpera on the first of the afternoon stages after the Finn took a commanding win on stage 5. Although the Hyundai driver fought back to win the next test, regaining the lead with a 10s overall advantage.

However, the final stage of the day threatened to turn the rally on its head. Neuville suffered a left rear tyre delamination, a front right off the rim and an engine issue, dropping almost 40s to his rivals.

Third placed Ott Tanak looked to take advantage of his team mate’s plight but he too suffered a front left tyre failure and lost 54.9s.

It appeared Rovanpera, running second, would scoop up a healthy rally lead but less than kilometre into the stage he became bogged in Kenya’s famous fesh fesh sand, suspending action while he was towed out of danger.

Rovanpera did briefly get going before electing to retire from the stage and take the 10 minute penalty for doing so.

After all that Neuville leads the rally by 18.8s from Toyota’s Takamoto Katsuta, who climbed from fourth to second, while Tanak ended the day third, 55.8s adrift.

Sebastian Ogier is fourth sitting 1m49.4s in arrears having been more than two minutes off the pace prior to the final stage.

Fifth belongs to M-Sport’s Gus Greensmith ahead of team-mate Adrien Fourmaux as only six of the 11 WRC entries remained in contention as the Safari’s conditions punished Elfyn Evans, Dani Sordo and Oliver Solberg with retirement.

Deep ruts in the road made life even more difficult for the crews in the second pass through the day’s morning stages, but it failed to stop Rovanpera as he produced an impressive run to win stage 5. 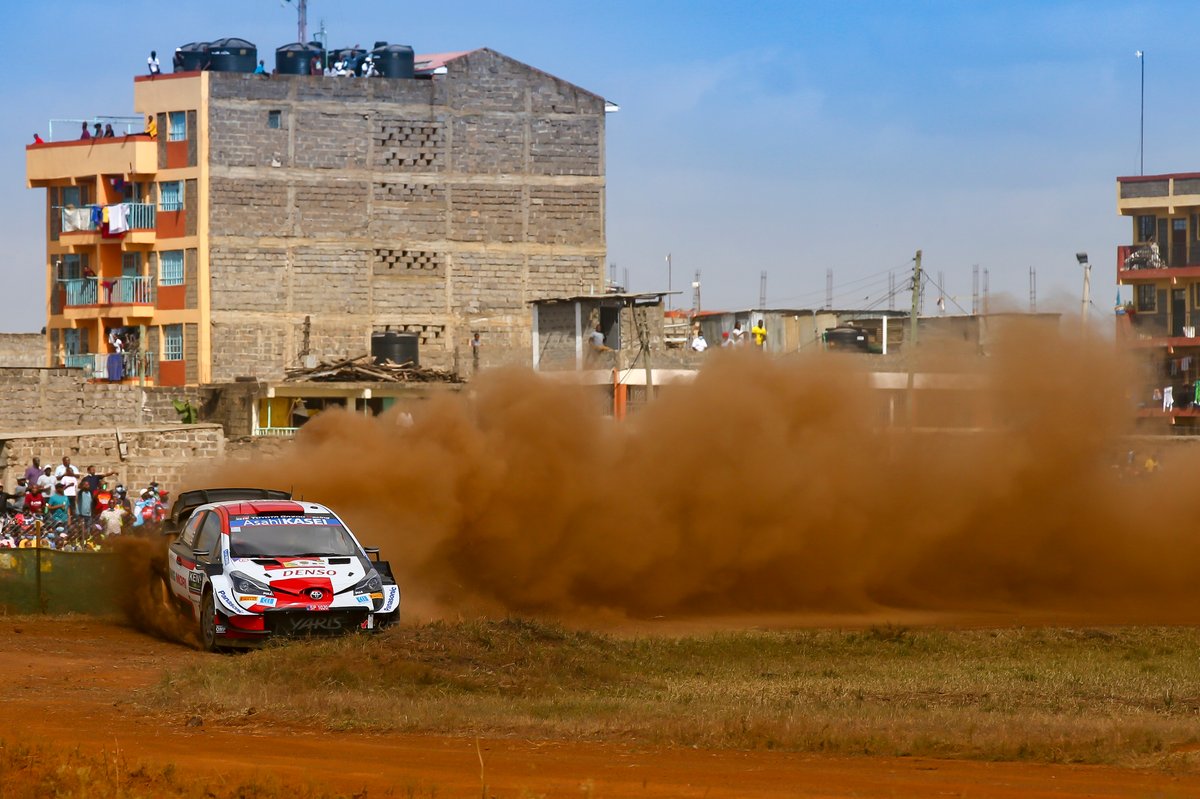 Rovanpera took the honours by 5.1s from Tanak and crucially 6.3s faster than Neuville to claim the rally lead by 1.2s.

While Tanak was second fastest, it wasn’t a simple pass for the Estonian after stalling at a tight right hand hairpin which left him frustrated.

”It's strange - it's rough, but every hairpin it's stalling. [To the camera] What's happening guys?”, said Tanak.

Neuville was shocked by how the roads had deteriorated from the morning pass.

He added: “The ruts are really deep - you are unable to get any speed because you are bottoming out all the time. Our cars are not high enough for those conditions really.”

Ogier was only fifth dropping yet more time.

Neuville regained the rally lead in some style on the next stage, courtesy of an incredible run through the Kedong stage that had claimed Evans and Sordo earlier this morning.

The Belgian pushed and despite his right rear tyre coming off the rim he was 11.2s faster than Rovanpera, opening up a 10s overall advantage in the process.

Ogier was third fastest some 15.2s shy of Neuville but did claw time back on Tanak. The Frenchman claimed sixth overall from M-Sport’s Fourmaux, who like team-mate Greensmith were in survival mode on the stage.

Ogier and Katsuta and would haul themselves right into contention after they clocked identical times to win the final stage of the day that provided drama by the bucket load.

Neuville and Tanak were lucky to not to lose more time after suffering tyre failures, while Rovanpera was forced to retire after he was caught out by the tricky soft sand.

Greensmith and Fourmaux were the among the four WRC drivers to complete the stage without issue.

The rally continues on Saturday with a further six stages beginning at 0608 BST.