Rally Sweden will go ahead next week albeit eight stages shorter, despite the World Rally Championship event suffering from "unreasonably warm weather" and a lack of snow in the build-up

Event organisers had set a deadline of February 3 for making a decision on whether the rally would go ahead after a lack of snow build-up on the stages, but extended that deadline until one day later.

Now the decision has been made that the event will go ahead, with around 180kms of stages although the final itinerary is still to be confirmed.

Friday's stages will be repeated on Saturday. Two of the four stages on those days will be in Norway, with Sweden suffering the most cut mileage in the revised itinerary.

The Likenas test is the only stage on Sunday, the second running of which will be the powerstage.

"It's fantastic to be able to confirm Rally Sweden will go ahead," said event CEO Glenn Olsson. 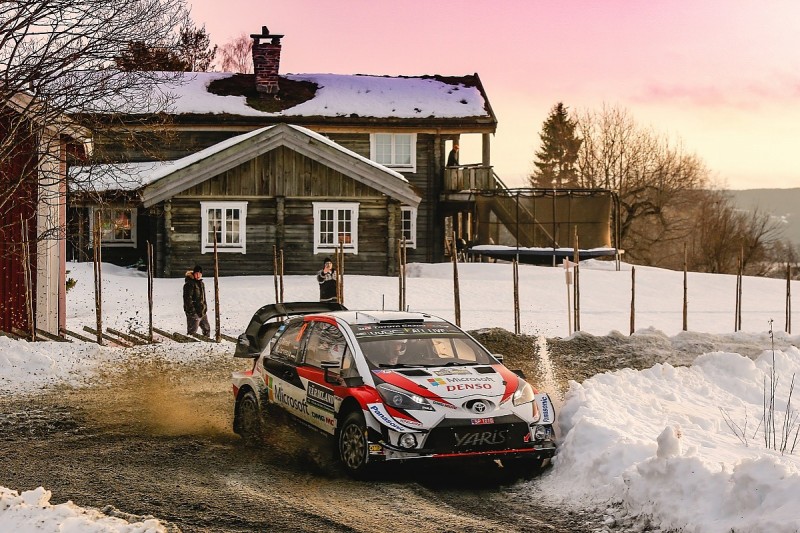 "Many people have worked extremely hard over the last few days so that we can reach this position, and I'm delighted that fans, TV viewers and competitors will be able to enjoy one of the WRC's most spectacular and fastest fixtures.

"We will welcome fans into the forests as planned. Those who are unable to attend the event in person will be able to enjoy live global TV coverage on Saturday and Sunday, as well as the live streaming of all stages on WRC+ All Live."

In a statement released on its website late on Tuesday evening, the event confirmed that FIA sporting delegate Timo Rautiainen had inspected the tests to check conditions.

It added that his report was discussed by Rally Sweden organisers, the FIA, WRC Promoter and teams on Tuesday and "a route proposal has been agreed".

The statement added: "The rally will include competitive action on all four days as originally scheduled, with a modified itinerary to be finalised by organisers."

The event organiser has already cancelled the Historic Rally which runs adjacent, which was won last year by 2003 WRC champion Petter Solberg.