The Northern Irishman went off the road on a fifth-gear right hander on Saturday morning's first run at the Amarante stage, one of Meeke's favoured stretches of road on the Matosinhos-based event.

Meeke - who was taken to hospital and later released after precautionary checks - and co-driver Paul Nagle were fortunate to escape what was a frightening crash into the trees.

"I turned into a fast left-hand corner a little bit late," said Meeke.

"I missed my line and got onto the loose gravel on the outside of the corner and lost control of the car.

Having led the rally early on, Meeke was running seventh at the time of his accident after picking up two punctures in as many stages on Friday afternoon - which forced him to run the two legs of the Porto street stage without a left-rear tyre. 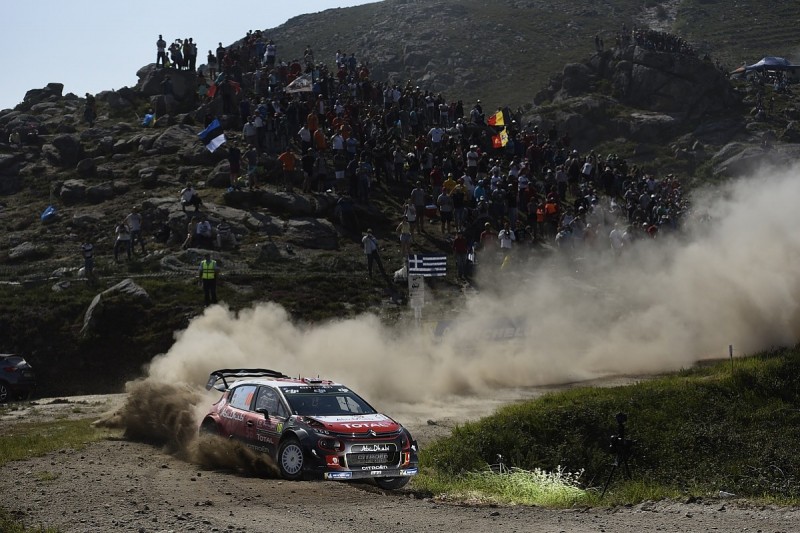 Despite the shunt, Meeke said he was happy the speed and feeling he had in the C3 compared with the car's performance in Portugal last year.

"It was my mistake, of course, so I'll take it on the chin," he added.

"But the feeling in my C3 WRC was so good here in Portugal that I can't help but take the positives away from this weekend."

Team principal Pierre Budar said: "Obviously, it's disappointing for us to see Kris and Paul go off the road, but we are above all relieved that they have escaped more or less unscathed."