Sordo became the fourth driver to lead the event from as many stages at the start of the rally courtesy of the fastest time on the morning's final stage, the 17.11-mile Ponte de Lima test.

As the fourth car to tackle the stage, the Spaniard was in prime position to take advantage of road sweeping from championship contenders Sebastien Ogier and Thierry Neuville clearing the path and set a fastest time of 19m15.5s.

Sordo was 8.2 seconds faster than erstwhile rally leader Kris Meeke on SS4, giving him a 4.6s advantage over the Citroen driver in the classification as the cars headed to service.

Paddon - who is driving a fourth Hyundai in Portugal this weekend in a one-off departure from his and Sordo's car-sharing 2018 programme - was fastest on the morning's opening test and sits just 0.2s away from Meeke. 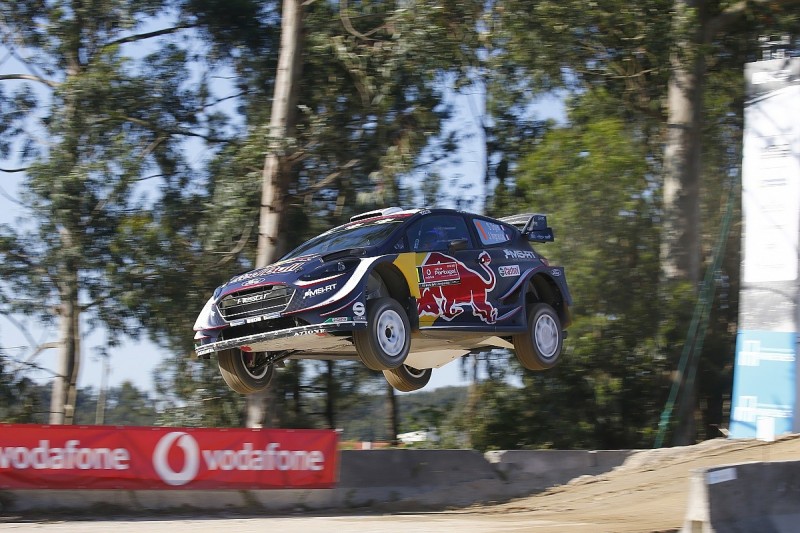 Ogier made a point throughout the morning of highlighting out how limited he was as first man on the road, but the five-time champion still sits fourth in the order in his M-Sport Ford Fiesta after a sensible run through the loop.

He heads Neuville by a little more than two seconds, with the fourth Hyundai i20 of Andreas Mikkelsen occupying sixth place - 10.5s behind leader Sordo.

Craig Breen and Elfyn Evans had both occupied places in the top five until stage four, when they dropped back to seventh and eighth respectively.

Toyota's morning could barely have gone any worse, with two of its cars stopping on the first two stages.

Overnight leader Ott Tanak had just gone fastest through the first split on the morning's first test, Viana do Castelo, when he slowed and pulled over to the left-hand side of the road to stop.

Tanak was heard reporting high oil pressure, and replays showed the Toyota striking a rock shortly before it slowed. The team retired the Estonian's car from the rally with damage to the cooling system.

Jari-Matti Latvala then stopped on SS3 Caminha in his Yaris, with Toyota later confirming he had broken his suspension.

That left Esapekka Lappi as the manufacturer's sole remaining representative, but he struggled for grip throughout the morning and currently sits outside the points in 11th, behind the additional M-Sport and Citroen entries of Teemu Suninen and Mads Ostberg respectively.