Ogier was running first on the road in his M-Sport Ford Fiesta when he crashed midway through the Viana do Castelo test after sliding off the road.

The five-time world champion appeared to clip a bank with the front-right of his Fiesta in the stage, then got off line onto loose gravel approaching the next left-handed corner and slid down a bank into a section of trees.

Co-driver Julien Ingrassia retrieved the car's warning triangle as he and Ogier climbed from the Fiesta.

M-Sport confirmed both Ogier and Ingrassia were OK but that the car would take no further part in Friday's stages.

Ogier had sat fourth in the order after the morning's opening loop. 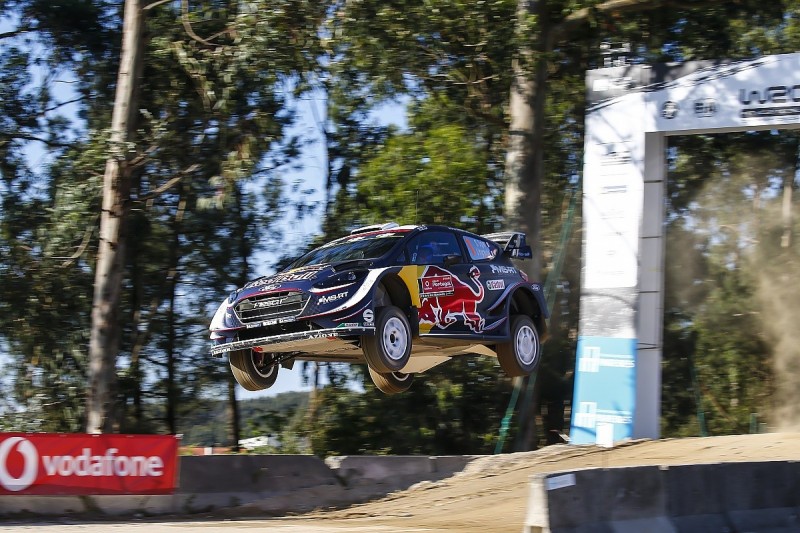 "He had an incredible run this morning," said M-Sport team principal Malcolm Wilson. "To be first on the road and lying fourth was just terrific.

"You could see he was obviously pushing on the TV because he wanted to be as high up as he could be for the road position tomorrow.

"[I] don't know exactly yet what's happened - whether something's broken or he got on some loose [surface] on the outside of the corner.

"We've just got to hope the car's not too badly damaged and we can get it out tomorrow."

Kris Meeke regained the lead of the rally on SS5, leading a Citroen one-two on the stage from Mads Ostberg.

He now leads the Hyundais of Dani Sordo and Hayden Paddon.

Ogier's closest championship challenger Thierry Neuville, who is 10 points behind the M-Sport man in the standings, lies sixth and is 16.6 seconds behind the rally leader.