Rally leader Loeb struck a small stone mid-way through SS14 and had to stop to replace the delaminated tyre, losing over two minutes.

Sordo lost 30 seconds after hitting a similarly sized stone early in the stage.

Sordo's frustration was compounded when it became clear an opportunity to seize back the lead from rival Loeb was missed.

"[I hit] a small stone at the beginning of the stage, some kilometres in," said Sordo.

"Unfortunately the tyre broke at the end but we did almost the whole stage like this." 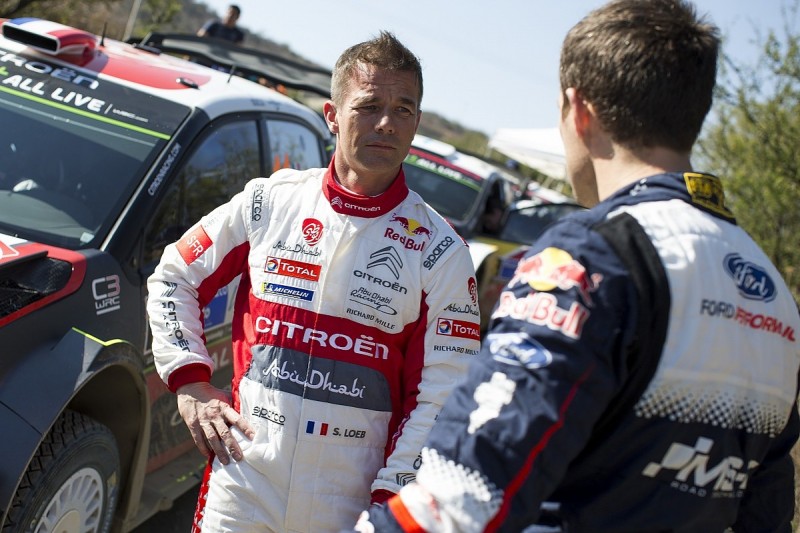 For Loeb, the Frenchman was surprised that his seemingly innocuous impact caused such damage to the tyre.

"There was a stone on the line, on the inside," said Loeb, who had taken the lead from Sordo earlier on Saturday.

"I didn't think it was enough to give me a puncture but it did."

Sordo remains in contention in third place, 17.4s behind Ogier, and well clear of Hyundai team-mate Andreas Mikkelsen, who is almost a minute adrift, with Loeb now fifth.

Ogier's run was far from incident-free though. The defending champion had a scary moment early in the stage as his Fiesta WRC narrowly avoided a bank as it became unsettled following a compression.

The Frenchman then had to avoid a stray dog but held his nerve to claim his third stage win and second in a row on day two.