Sebastien Loeb moved into the lead of Rally Mexico following his third stage victory of the event, as Citroen dominated the morning loop

Nine-time world champion Loeb had closed in on erstwhile rally leader Dani Sordo, and beat the Hyundai driver by 12 seconds through the opening pass of Guanajuatito.

Citroen team-mate Kris Meeke backed up the squad's strong showing by setting the fastest time on SS12 (Otates 1) as the battle for victory intensified ahead of service.

Sordo recouped some of the time lost and ate into Loeb's lead, which had grown to six seconds, as a strong showing through the El Brinco stage helped the Spaniard reduce the deficit to Loeb to just 2.9s heading into the afternoon loop.

World champion Sebastien Ogier produced a strong run through the fast and twisty sections of road to move himself firmly into podium contention.

Ogier took four seconds out of nearest rival Meeke on SS11 and a further 3.5 seconds in SS13, setting the best time through the stage 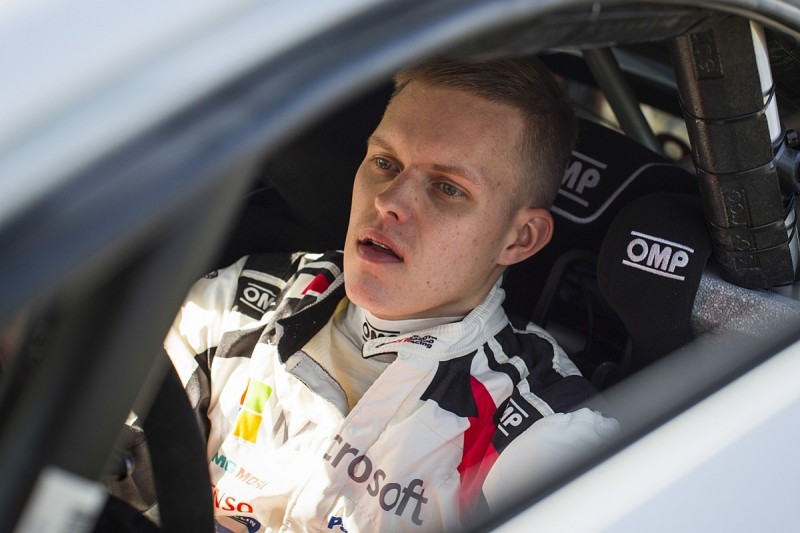 Toyota endured yet more pain as Ott Tanak dropped out of a podium position due to an engine issue with his Yaris WRC.

Team-mates Jari-Matti Latvala and Esapekka Lappi both hit trouble on a frustrating opening day of the rally, with Lappi resigned to Rally2 and Latvala well down the order after an alternator failure.

After battling Ogier hard on Friday, Andreas Mikkelsen dropped out of contention, with the Norwegian at a loss over his lack of pace.

Mikkelsen, though, still holds fifth, albeit nearly a minute behind Ogier, with championship leader Thierry Neuville three minutes further back in sixth spot.

In WRC2, Pontus Tidemand maintains a comfortable lead and broke into the top 10 overall in seventh, some nine minutes clear of Latvala.