Ott Tanak was fastest on Rally Germany's opening superspecial, despite the best efforts of a host of WRC2 drivers to upstage the World Rally Cars

He appeared set to repeat that feat as a string of factory World Rally Car drivers failed to beat his 2m11.8s time.

Kopecky was eventually pipped by Dani Sordo's Hyundai and then Toyota driver Tanak beat both to take the early rally lead.

Tanak, the dominant winner of the previous WRC round in Finland, felt the St Wendel stage was one of the worst and tightest superspecials he had ever experienced but still ended it fastest.

While Kopecky went in ahead of the WRC field in the start order, his Skoda team-mates Kalle Rovanpera and Ole-Christian Veiby ran later in the evening and did better still.

Rovanpera will start Friday second overall, just 0.1 seconds behind Tanak, with Veiby another tenth back in third.

Sordo and Kopecky rounded out the top five.

Championship leader Thierry Neuville was a relaxed 13th fastest, only 2s off Tanak's pace but demoted outside the top 10 by a gaggle of R5s later in the night. 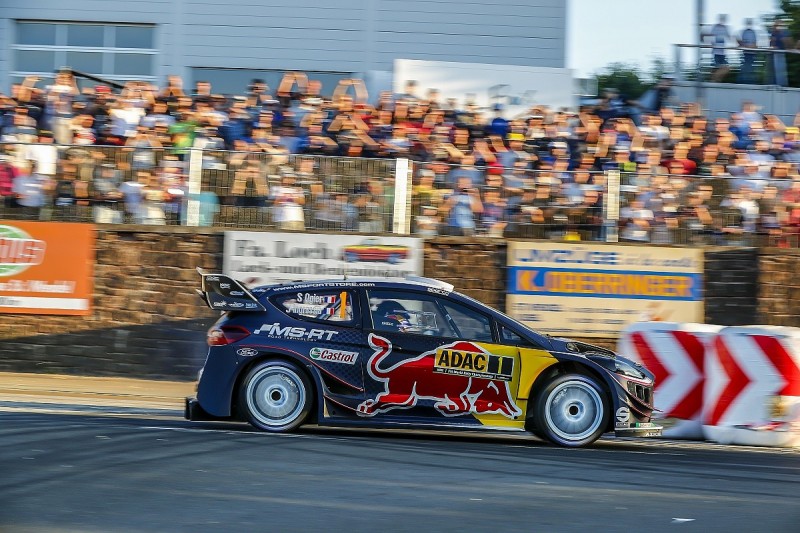 Neuville's title rival Sebastien Ogier headed for service seven places ahead in sixth, with Andreas Mikkelsen, Craig Breen and Esapekka Lappi the WRC runners between them.

Jari-Matti Latvala was only 15th in the remaining Toyota having clipped a hay bale and then briefly stopped.

Mads Ostberg brought up the rear of the WRC field and reported a lack of power in his Citroen.

Join Autosport for live coverage of Rally Germany on Friday from 9am UK time.