The Hyundai driver went off the road backwards and straight into the trees on his first run through the final test for the Jyvaskyla-based event.

The team is now working on rebuilding the i20 WRC, which suffered significant rear end damage in the shunt, ahead of Thursday evening's opening stage.

"[Co-driver] Nicolas [Gilsoul] and I were pretty lucky to get away without any injury this morning," Neuville told AUTOSPORT.

"When you go straight to the trees at this speed, it's not so nice.

"The problem came for me in the fifth-gear left corner.

"I saw some braking marks from some of the boys before me; I tried to adapt, but I couldn't make the apex.

"I was understeering straight away and I had to take the handbrake to try to back the car into the trees."

Neuville said the crash would not change his approach to the rally. He is also confident the car will be fixed in time for the evening's opening street stage.

"It doesn't change anything. It's better to crash in shakedown than the first [full-length] stage tomorrow," he said.

"I feel very sorry for the team because they have a lot of work. It would have been nice to have a couple of runs this morning."

Neuville also crashed on the shakedown prior to taking his first World Rally Championship win in Germany last year.

"This is not some sort of plan to win this event," he joked, "but if it works and we do win - I will say this was the plan!"

Heavy rain on Wednesday left the Ruuhiaki shakedown test short on grip, and WRC leader Sebastien Ogier admitted to a big moment at the same fifth-gear corner that claimed Neuville.

"We had a big sideways moment and went in the ditch a little bit," he said.

"We managed to stay on the road, but it was a close call."

Ogier denied his position at the front of the field - courtesy of his status as series leader - was guaranteed to be an advantage in the wet conditions.

Asked what he expected from the opening day's stages, he told AUTOSPORT: "I would like to have the correct answer and the truth to tell you, but since shakedown I have more doubt in my mind.

"I was thinking this morning that the conditions would be nice with good grip from the hard, compact surface.

"But, actually, it was extremely slippery at the front and then getting faster and faster as more cars passed."

Mads Ostberg was fastest for Citroen on the shakedown, ahead of Ogier's Volkswagen team-mate Andreas Mikkelsen and Ford privateer Robert Kubica.

Follow Rally Finland as it happens with AUTOSPORT Race Centre Live from 7.15am UK time on Friday morning 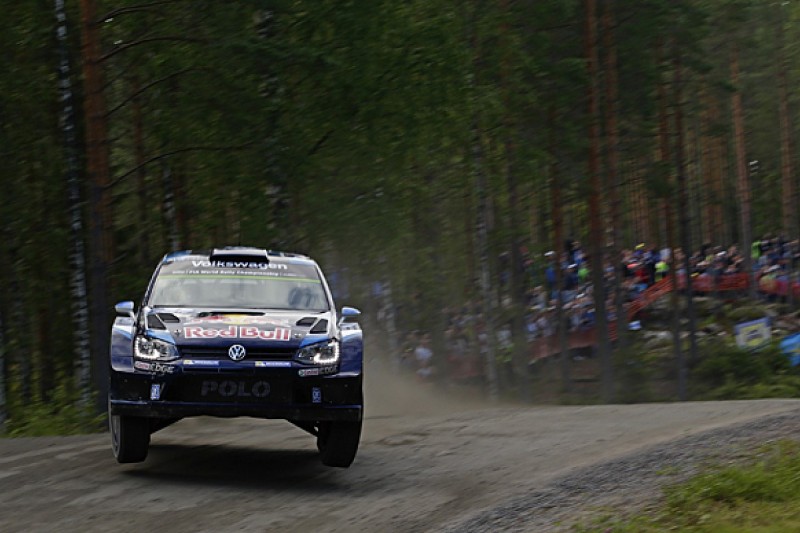