But while his rivals had gone with soft tyres all round, Paddon had gambled on hards at the front and softs at the rear and he struggled to make that work on Newry, the final full-length stage of the morning.

That left Paddon back in third, half a second behind team-mate Dani Sordo, with Mikkelsen able to establish a 13.7s lead over the Hyundais.

Sordo is set to fall back before the rally resumes after midday service, as he has a penalty looming for arriving at the start of Newry late due to a navigation error.

WRC champion Sebastien Ogier and third Hyundai driver Thierry Neuville are running first and second on the particularly dusty roads and struggled as expected. They sit fourth and fourth, just ahead of the M-Sport Fords of Mads Ostberg and Eric Camilli. 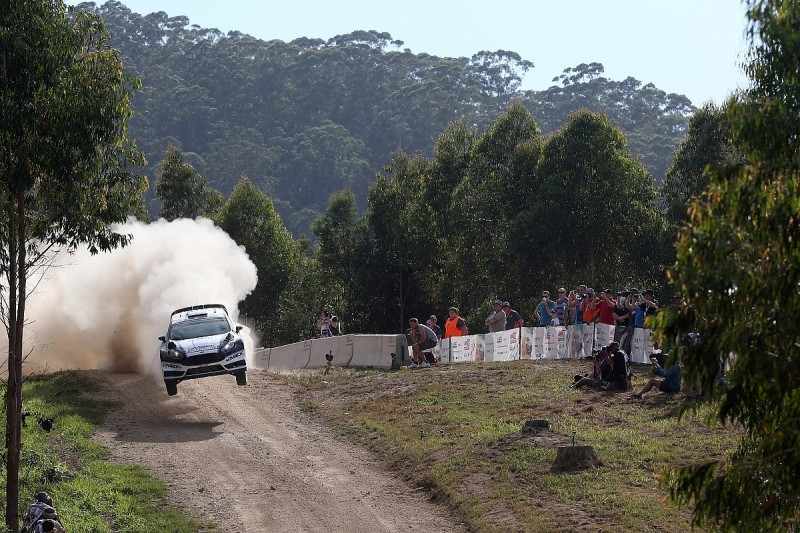 Ott Tanak had again been top Ford in the DMACK entry early on, running second after the Utungun opener, but a spin on Newry dropped him back to eighth.

Jari-Matti Latvala was tipped as favourite for the win given that he was running sixth on the road.

Instead he finished the first loop a distant 26th, having damaged his VW's rear suspension when he clipped a bridge on the opening stage.

Latvala was able to limp through the following stages but is over six minutes off the lead.