A single stage win on the afternoon loop and consistent pace elsewhere left Mikkelsen with a 15.4-second advantage by the evening.

VW now runs first and second as Sebastien Ogier advanced from fourth during the afternoon having been hamstrung by the road conditions earlier.

With running first in the start order slightly less of an impediment once the field had tackled the roads once, Ogier ended the day with a string of four stage wins - two full-length and both superspecial runs.

Combined with the Hyundais suffering more than the VWs with high tyre wear, that moved him 7.1s ahead of third-placed Thierry Neuville, with the second i20 of brief morning leader Hayden Paddon another 1.2s back. 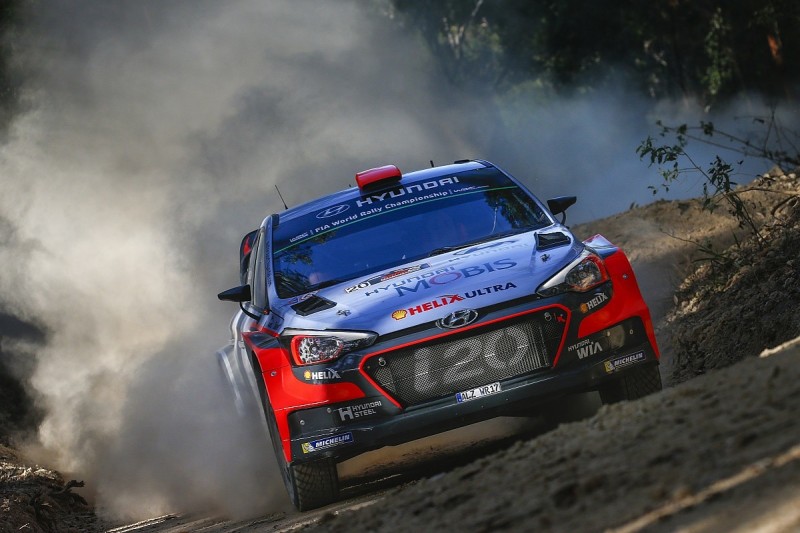 The third Hyundai of Dani Sordo is now down in seventh behind Mads Ostberg and Eric Camilli's battling M-Sport Fords following the application of his penalty for arriving late at SS4 having got lost.

Ott Tanak committed the same offence - getting a 40s penalty for a late arrival at the superspecial that he blamed on "confusion" with the police.

Combined with a morning mistake, that left Tanak down in eighth at the end of a day he had begun as a lead challenger.

Even more distant is Jari-Matti Latvala, who blew his chance of winning his final rally with VW by damaging his rear suspension on the very first stage. He runs 16th in his repaired car.

Esapekka Lappi is on course for the dominant WRC2 victory that will seal this year's title, and he is ahead of a World Rally Car in ninth after Ford privateer Lorenzo Bertelli lost time with a mistake on the superspecial.