Tanak was closing on Neuville during Saturday morning, but the Hyundai driver extended his lead by 4.6 seconds on SS13, the first stage of the afternoon loop.

Any threat to his lead from Tanak disappeared when the Estonian parked his Toyota Yaris midway through the Mataderos-Cuchilla Nevada on the inside of a slow left-hander.

Toyota is still awaiting information about the nature of Tanak's problem, but a technical issue is likely to be to blame as there are no outwardly visible signs of damage to his car. 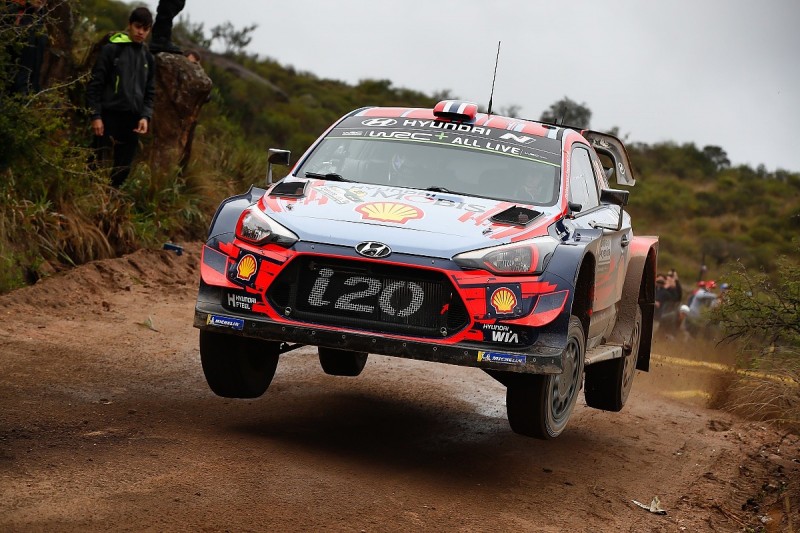 His exit promoted Mikkelsen, who had inherited third place before midday service after power steering failure for Sebastien Ogier and a puncture for Kris Meeke, up to second place - 50.4s behind Neuville with one Saturday stage remaining.

Meeke is now back up to third place, while Ogier took fourth place away from Dani Sordo on Mataderos-Cuchilla Nevada, with the reigning champion winning both stages of the afternoon loop so far.

Sordo is also being caught by Jari-Matti Latvala, who like Meeke had sustained a puncture on SS11 in the morning and was also recovering from a spin on Friday. Latvala is now 12.5s from Sordo's fifth place.