WRC Portugal: Rovanpera extends lead to close in on victory

The Finn took two stage wins from the four morning tests, held in the fog and rain, to transform a 5.7-second overnight margin over Evans to a 9s advantage ahead of this afternoon’s final stage.

The battle for third is also yet to be decided with Toyota’s Takamoto Katsuta ending the morning 2.2s ahead of the chasing Hyundai of Dani Sordo. The two sister Hyundais of Thierry Neuville and Ott Tanak held fifth and sixth positions respectively.

Rovanpera kicked off the day in the best possible fashion by winning stage 17, taking 2.7s out of Evans to heap pressure on the Welshman.

In the battle for the final podium place, Sordo clawed time back from Katsuta as the Spaniard closed to within 1.2s of the Toyota.

Before the leaders took to the stage, Toyota’s Sebastien Ogier and M-Sport’s Gus Greensmith were able to rejoin the rally after retiring from Saturday’s action.

Rovanpera continued to push as the crews tackled stage 18 with the Finn extending his lead by another tenth of a second over Evans.

The pair set the third and fourth fastest times with the stage claimed by Tanak, who was able to leap ahead of M-Sport’s Pierre-Louis Loubet into seventh. 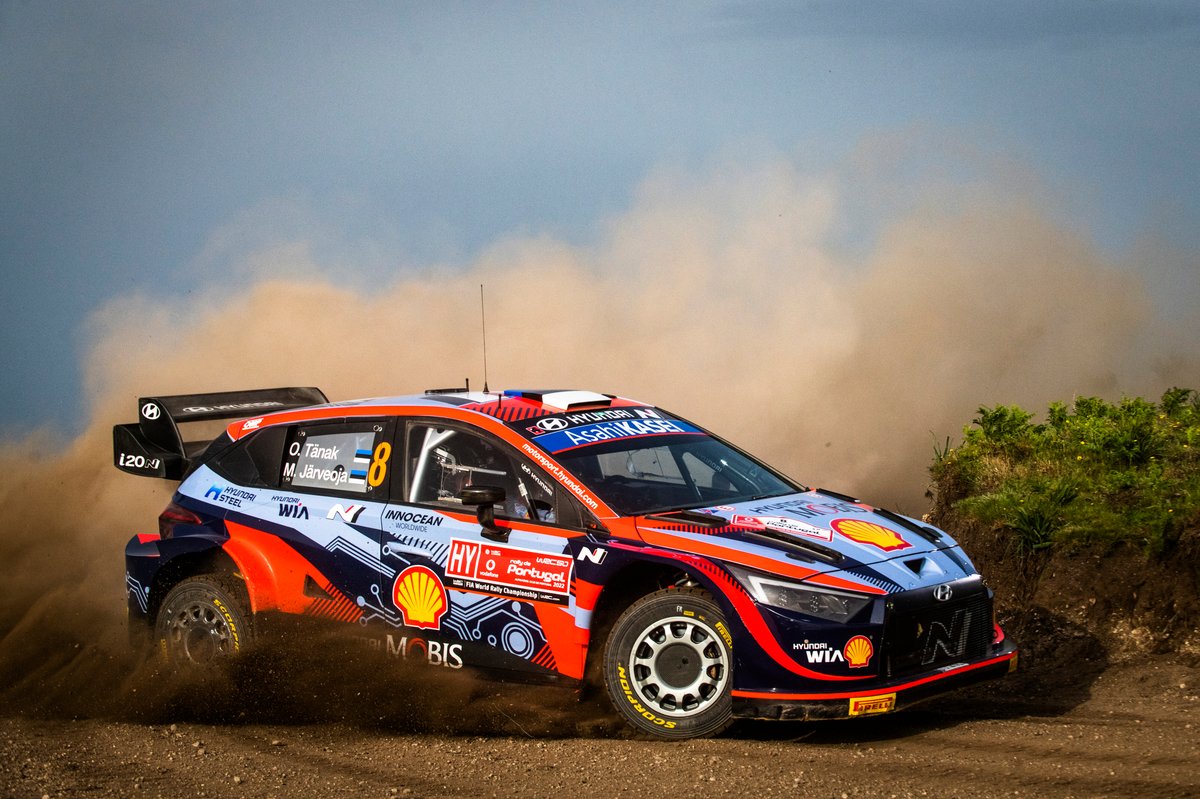 Tanak continued his strong start to the day by winning stage 19, the first run through the iconic Fafe test. The 2019 world champion was 1.6s faster than Neuville.

It was here where Evans mounted a fightback as he nibbled 1.9s out of Rovanpera, who faced the worst of the inclement weather. In the battle for third, Katsuta witnessed his margin to Sordo decrease to 0.8s.

Rovanpera responded to Evans’s push by claiming his second stage win of the day to cover the time lost on the previous stage.

Katsuta also halted Sordo’s charge in the fight for third as the Japanese driver completed stage 20 1.4s faster than the Hyundai.

Tanak continued his rise up the leaderboard to sixth as the Estonian took advantage of a brake issue for M-Sport’s Craig Breen, which dropped the Irishman to eighth.

A second run through the famous Fafe stage will conclude Rally Portugal on Sunday afternoon.