Kalle Rovanpera says he is surprised to be leading Rally Portugal heading into the final day given the disadvantage of starting the gravel rally by opening the road.

Facing the task of being first to tackle Portugal’s tricky dusty roads heading into the first gravel rally of the season, expectations to be leading the event were low.

However, Rovanpera benefited from problems that afflicted several of his rivals during a brutal Friday before a fighting drive on Saturday propelled him to the front, taking the lead in the day's penultimate stage.

Rovanpera produced a flawless drive in heavy rain to take 13.4s out of his rival and 2021 Rally Portugal winner, Evans, and move into the lead, setting up a tense duel for the win on Sunday.

Asked he if he could believe he was in this position, he told Autosport: “No, not really - I was not expecting it.

“I have had quite a comfortable feeling in the car and I’m not pushing the limits all of the time but, when I knew it was good conditions, I went for it. I just tried to have a good pace all of the time.

“For sure, we have pushed to get there as Elfyn has not had any issues. We have been fighting by driving so I can be happy with that.

“We have to be well prepared for tomorrow, it will be tough.” 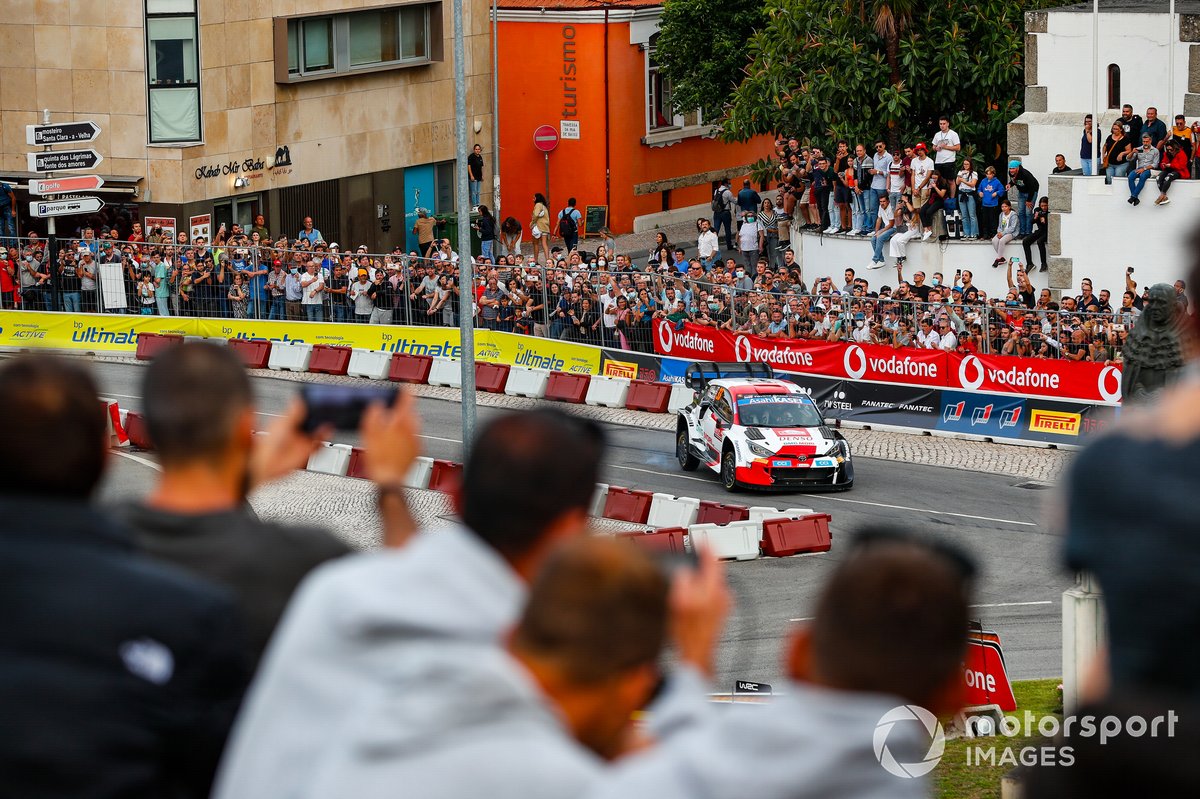 Despite losing the lead held since Friday’s stage five, Evans admitted he was too cautious in the wet conditions on stage 15, but is refusing to give up on the victory.

“Definitely [we still have chance to win], I wouldn’t say it [the gap] is nothing because things are so close nowadays, but it definitely is something,” Evans told Autosport. “We will look forward to the fight, we have to do the best we can.

“That [stage 15] was the painful one, it was raining quite hard especially at the beginning.

“We just faced such changeable conditions and I had a few big slides, so perhaps I backed off a bit too much in that difficult early parts and it is hard to know how the conditions were changing or not.

“Kalle did a great job and his time reflected that at the end, it is credit to his performance, he has been really strong.

“It is still close and we can still fight tomorrow.”

Toyota boss Jari-Matti Latvala confirmed team orders will not be enforced, allowing the pair to fight for the victory on Sunday, despite Rovanpera’s 59-point championship lead over Evans.

"We don’t like team orders and it is not correct for the drivers,” Latvala told Autosport.

“Some people can say championships are lost because of not using team orders but when I was driving at Volkswagen we never did team orders and we still won four manufacturer titles.”

WRC Portugal: Rovanpera extends lead to close in on victory

After much anticipation, the new dawn for sportscar racing got underway with a result that mirrored the pattern of the IMSA SportsCar Championship's previous DPi era. Here's how Acura once again took top honours in the Daytona 24 Hours with a 1-2 led by Meyer Shank Racing as the new GTP class for LMDh hybrid prototypes made its bow