Rovanpera will secure a maiden world title if he clinches the rally win and picks up at least two points on the powerstage.

For the first time since Thursday, crews faced clear skies as the final day of Rally New Zealand kicked off with a blast through a short 8.82km forrest stage.

The lack of rain made the going tougher for the early runners, given the much looser gravel surface, that was still punctuated by puddles left behind from recent showers.

Rovanpera showed no sign of nerves as he closed in on a potential world title. The Toyota driver swept to his fifth stage win of the rally, pipping Ogier by 0.6s across the test.

“I just tried to have a normal pace and we will see what we can do in the afternoon,” said Rovanpera. “Nothing crazy. I am not really pushing - I just wanted to start the day with a bit of driving and keep comfortable.” 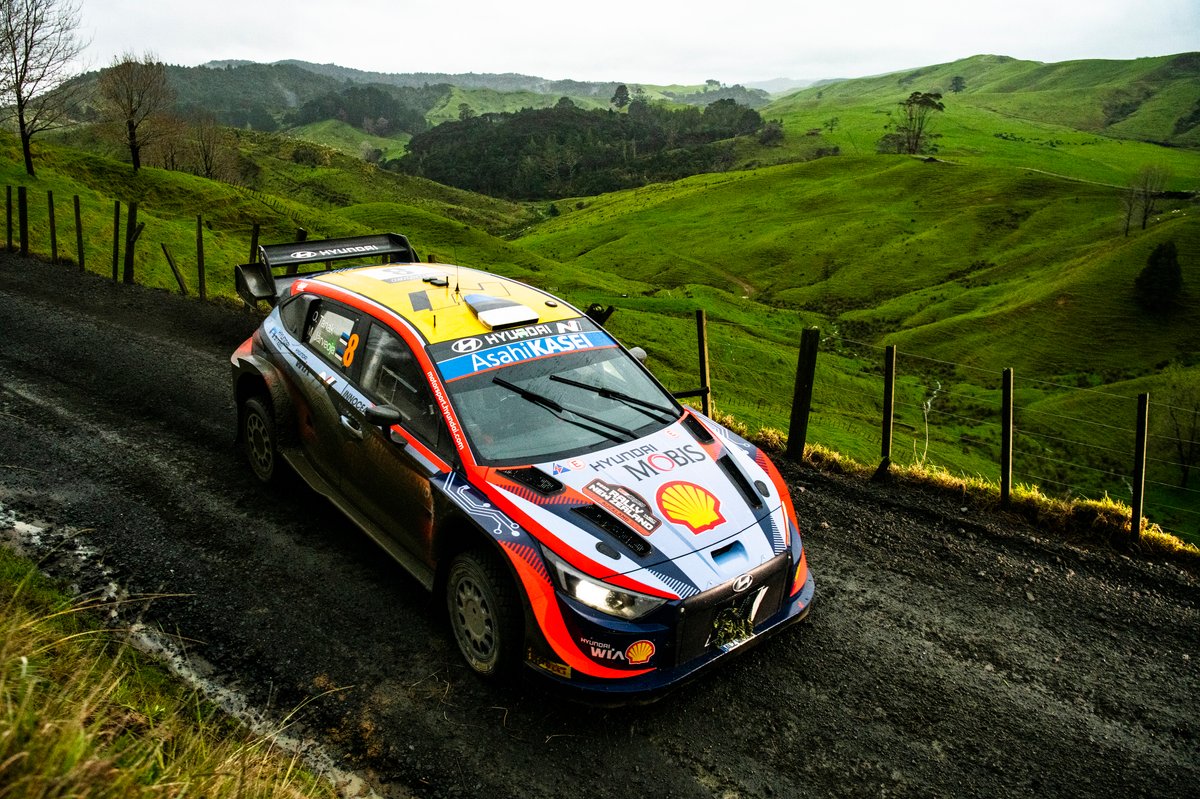 Tanak was 1.6s slower than Rovanpera but the Estonian admitted that his focus was purely on reaching the rally finish.

The Estonian did, however, win the next test, the first run through the man-made Jack’s Ridge, which will act as the rally-ending powerstage.

Flanked by thousands of spectators, the Hyundai driver won the stage by 1.7s from Rovanpera, while Ogier was 4.1s back in third. The stage featured plenty of jumps and crests, which almost resulted in drama.

“In places, I was far too brave and in one place we were very close to having a proper crash,” said Tanak. “It was a bit of excitement!”

Tanak’s team-mate Solberg was another driver almost caught out by a jump that briefly knocked his helmet’s visor down upon landing.

In WRC2, Paddon continued his domination of the class to head Kajetan Kajetanowicz by 2m14.9s. Supercars star Shane van Gisbergen remained on course for a class podium in third on his WRC debut, 1m05.9s further back.

The crews will repeat the two stages on Sunday afternoon to conclude the rally.