Rovanpera opened up a 3.8s lead over Hyundai’s Ott Tanak after as the pair shared the stage victories on the opening loop, with the former taking two wins.

It was a very different story for the third Toyota of Evans, who had started the day strongly sitting third overall. However, a gearbox issue on the road section between Stages 2 and 3 saw him check in late copping a 40s penalty before then having to complete the majority of Stage 3 stuck in sixth gear.

With no midday service and only a tyre fitting zone to attend to the issue Evans managed to complete the third stage of the day in fourth gear. He dropped outside of the points with the Welshman 2m26s adrift.

"I don't think there's a lot we can do at the moment, but we try,” said Evans.

Fellow title rival Neuville had even worse luck when his Hyundai was 24 minutes late at a time control after the tyre fitting zone before Stage 4 due to a power steering issue. He was slapped with a four minute time penalty before struggling to the stage end a whopping 6m09s behind the leaders overall.

"It's a big mess," said Neuville. "We have a lot of technical issues from this morning, and now the power steering as well. A day to forget.

“We keep fighting - there are two more stages to go [today] and we won't give up." 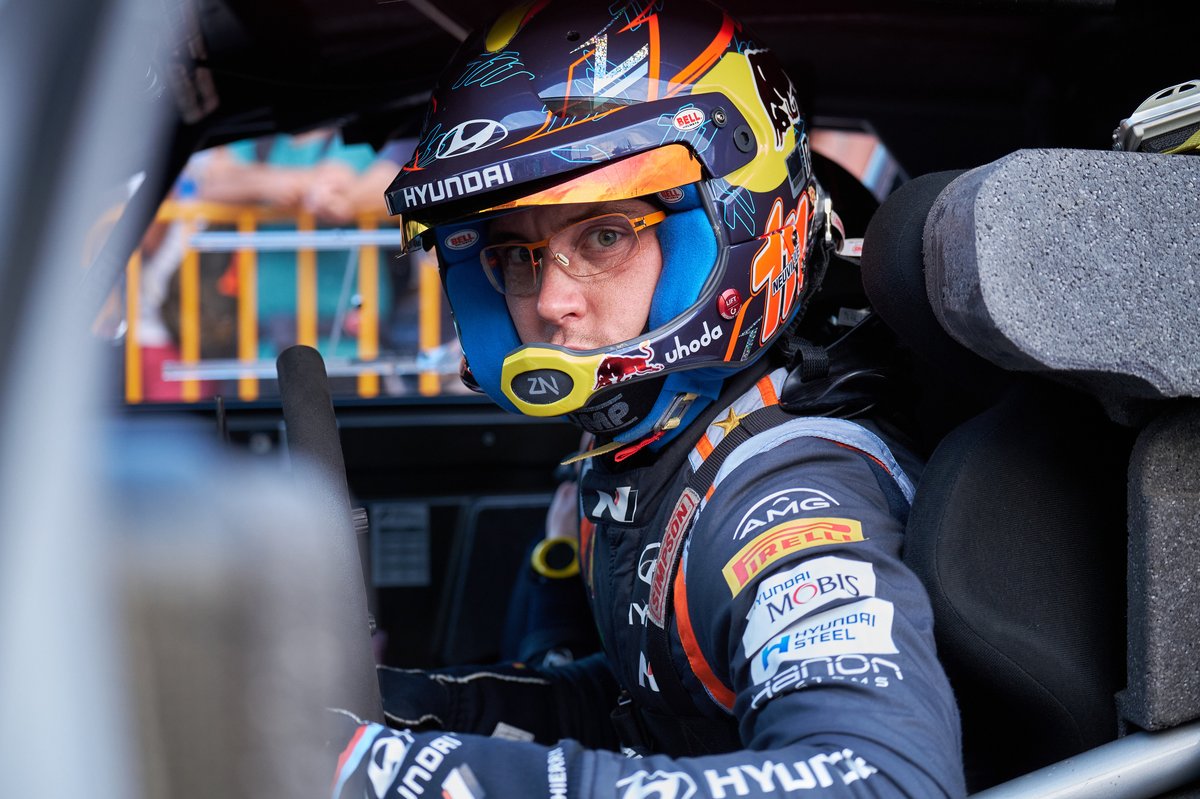 Fears crews would face wet gravel stages after heavy rain plagued the lead up to the event were allayed as bright sunshine ensured the rally’s opening stages were dry and representative of usual dry, rough Acropolis stages.

It was Hyundai’s Tanak that claimed the win on the first stage of the day but by only 0.2s over Ogier, who produced yet another impressive job as road sweeper.

The seven-time world champion was convinced he would lose a chunk of time due to the slippery and dusty road condition, but in fact managed to preserve his overnight rally lead after winning Thursday night’s super special blast in Athens.

Ogier’s run through the stage included a near miss with a couple of stray dogs that were wandering on the road.

Toyota team-mate Evans was third fastest just 1.3s further back ahead of Rovanpera and Sordo, who is competing with his third co-driver of the season in Candido Carrera. Hyundai team-mate Neuville was surprisingly off the pace compared to his rivals some 10s adrift.

The M-Sport Ford duo of Adrien Fourmaux and Greensmith navigated the stage in seventh and ninth respectively, sandwiching Pierre-Louis Loubet.

Prior to the start of the next stage, Evans was late to arrive at time control after suffering a gearbox issue which meant Neuville leap-frogged the Toyota in the running order as Evans picked up a 40s time penalty. 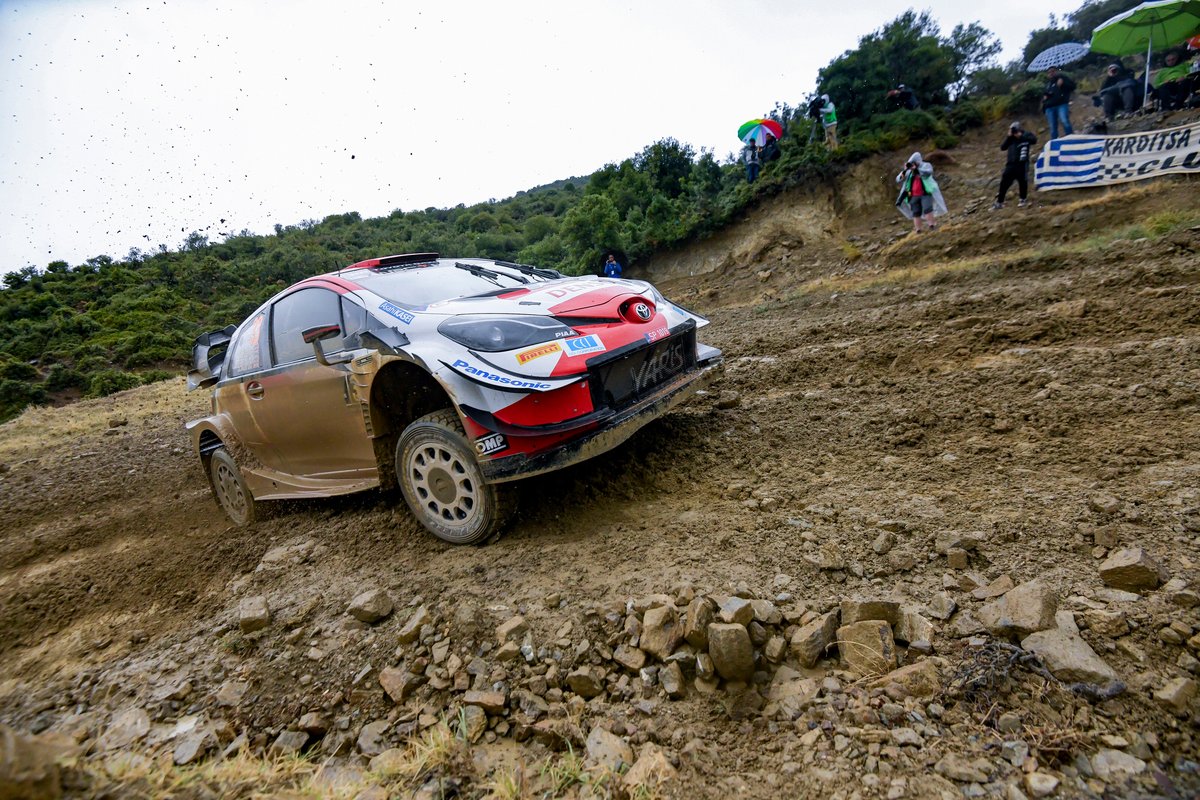 Evans managed to start the stage but was stuck in sixth gear for the entirety, dropping 1m52.6s behind the leaders, his victory hopes in tatters.

However, his team-mate Rovanpera made the most of a favourable road position to blitz Stage 3, winning the test by 2s from Sordo, with Tanak 5.4s adrift and Ogier fourth fastest.

Tanak reported stalling issues from his engine and an overheating damper which contributed to his loss of pace, while Loubet also had a scare hitting a compression, but managed to reach the end of the stage unscathed.

"In the twisty [sections], the engine is stalling as normal. I struggled to manage it, and also the damper feels it is overheating a bit, so it's quite difficult to drive at the moment,” said Tanak.

Rovanpera’s run opened up a 3s lead over Tanak with Ogier third.

The Finn claimed his second stage win of the rally in Stage 4 by 0.8s from Tanak with Ogier 3.2s adrift in third ahead of Sordo, Greensmith and Fourmaux.

Despite battling gearbox issues Evans made it to the finish while Neuville lost 1m50.9s without power steering, as Loubet lost time due to a puncture.

The Acropolis Rally continues with a further two stages later today before crews return back to service.