Elfyn Evans moved a step closer to a famous Rally Finland victory by further extending his lead over Hyundai’s Ott Tanak in a thrilling head-to-head battle on the final day.

The Toyota driver came under pressure on the morning’s first stage as Tanak took a nibble out of his lead before the Welshman responded with a statement on Stage 17 as Evans took 3.5s out of his rival.

As a result, Evans will head into the final two stages of the rally with a 12.2s advantage over the 2019 world champion.

Hyundai’s Craig Breen was unable to close in of the lead two but maintained third overall, some 19.1s adrift.

Hyundai’s Thierry Neuville was absent from the action after due to unrepairable damage caused by a water leak on Saturday, but Toyota duo Takamoto Katsuta and pre-event favourite Kalle Rovanpera returned to action after retirements, the previous day. 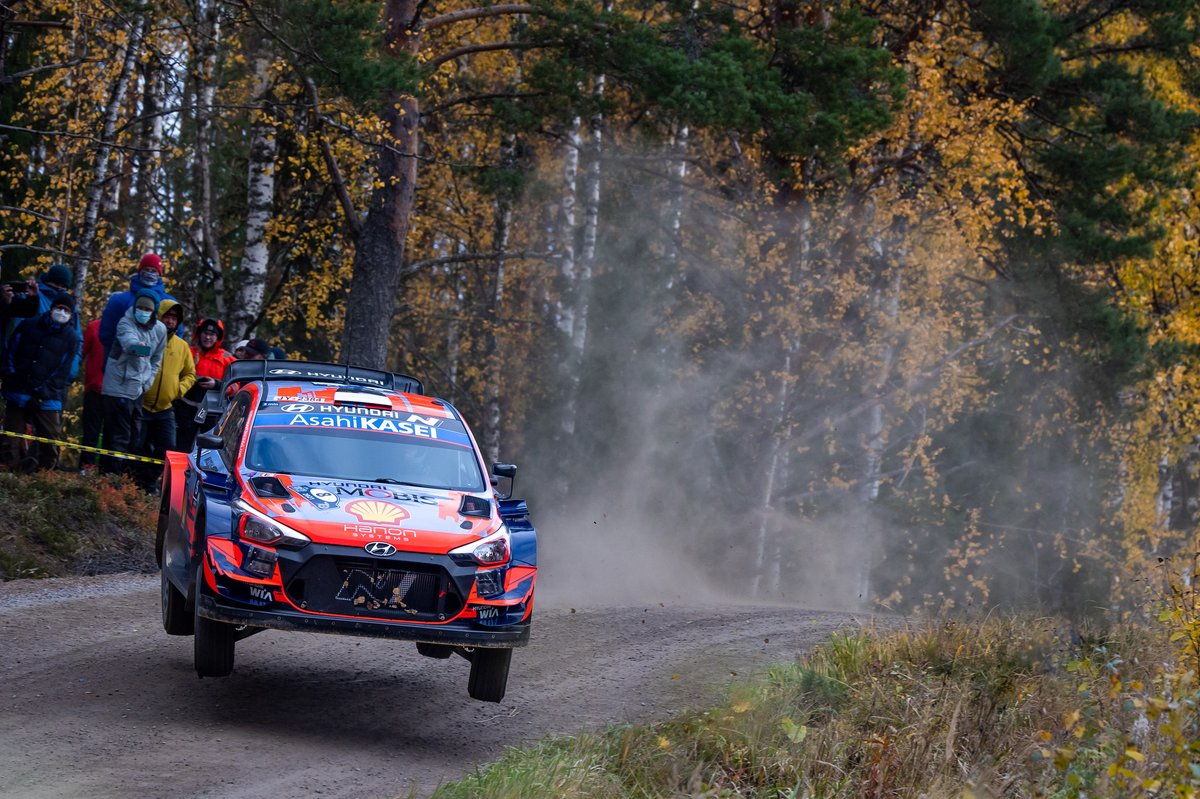 The Evans versus Tanak head-to-head resumed from the start of the day’s first stage and it was Tanak that came out on top.

Lappi emerged on top in the best of the rest class as he set the third fastest time on the slippery gravel stage, while Breen dropped 6.5s after a spin at a junction, but remained in a comfortable third overall.

The returning Katsuta slotted in between Lappi and Breen on the timesheets as Ogier elected to back off to save his tyres for the rally ending Power Stage.

Home fans were pleased to see Rovanpera return the roads but the 21-year-old Toyota star declared the day would be nothing more than a “high-speed recce” with both driver and car not 100% sharp.

“Mechanics did a massive job to get the car going again, but we are also still carrying some issues with the car so we won’t be full speed today. I also hurst my back on impact yesterday so we won’t be going full speed or jumping today,” said Rovanpera. 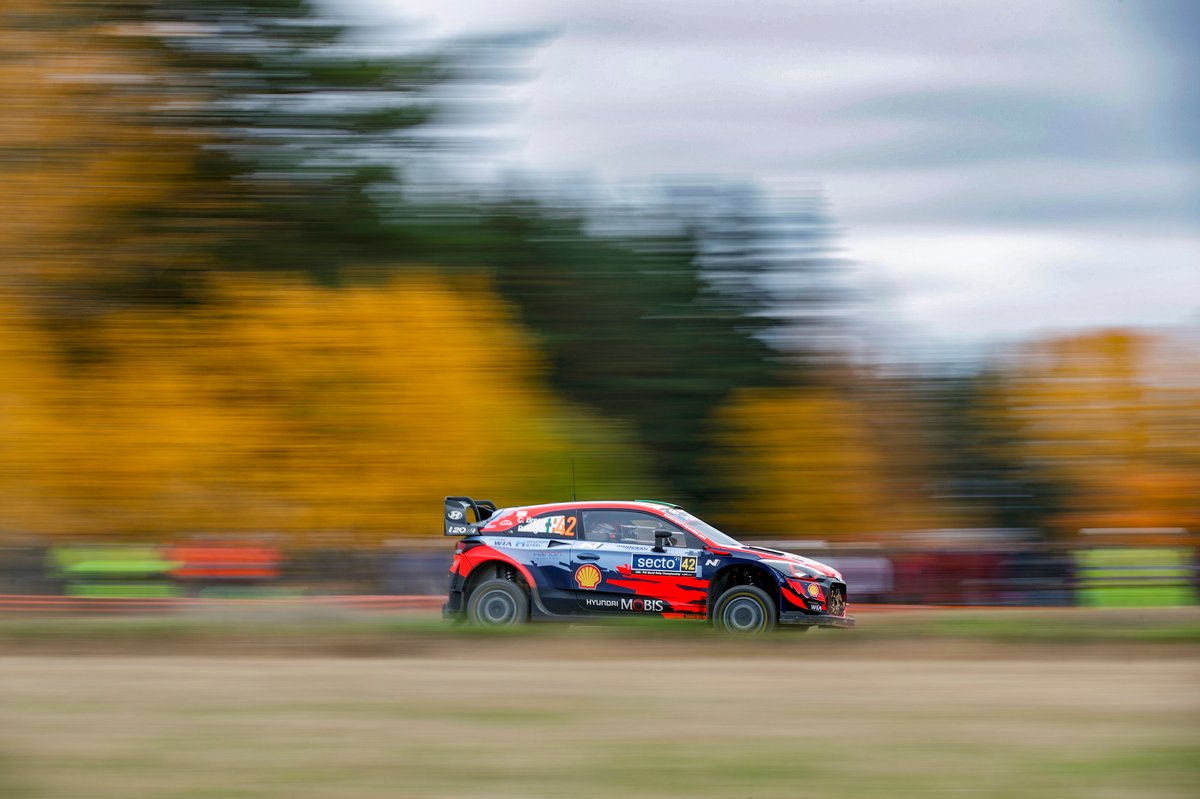 “For us this day will be a high-speed recce for the future, but we’re there for manufacturer points if something happens with Elfyn or Seb.”

Any suggestions Evans would buckle under the pressure were put to bed with an impressive display to win Stage 17.

Evans took 3.5s out of Tanak on the famous Ruuhimaki test as the Toyota glided through the blend of tight junctions and series of high-speed jumps.

Breen was third fastest on the stage ahead of Lappi, Ogier and Katsuta.

Fourmaux produced the most spectacular moment as the Frenchman launched into an eye opening 57 metre jump over the stage’s man-made flying finish.

Rally Finland concludes with a second pass through the morning’s stages, with the final blast through the Ruuhimaki test acting as the Power Stage.