After an impressive morning of attacking driving, the Toyota driver elected for a measured approach across the afternoon gravel stages, but the 20-year-old Finn still managed to increase his lead over Breen to 50.7 seconds.

“It was really great day, yesterday the gap felt small and today we could effect it much bigger,” said Rovanpera, who is on the verge of becoming the WRC’s youngest ever winner. “It's really difficult to maintain the gap, but it's easier for tomorrow.”

Hyundai dominated the stage times winning four of the five tests as a recovering Ott Tanak - forced out on Friday after being plagued by punctures - continued his charge, delighting home fans with another three fastest times.

Team-mate Neuville claimed his first stage victory of the rally after winning the penultimate outing to consolidate third overall, ending the day 30.2s behind Breen, who was lucky to avoid drama after clouting a rock in the Super Special stage that closed the day. 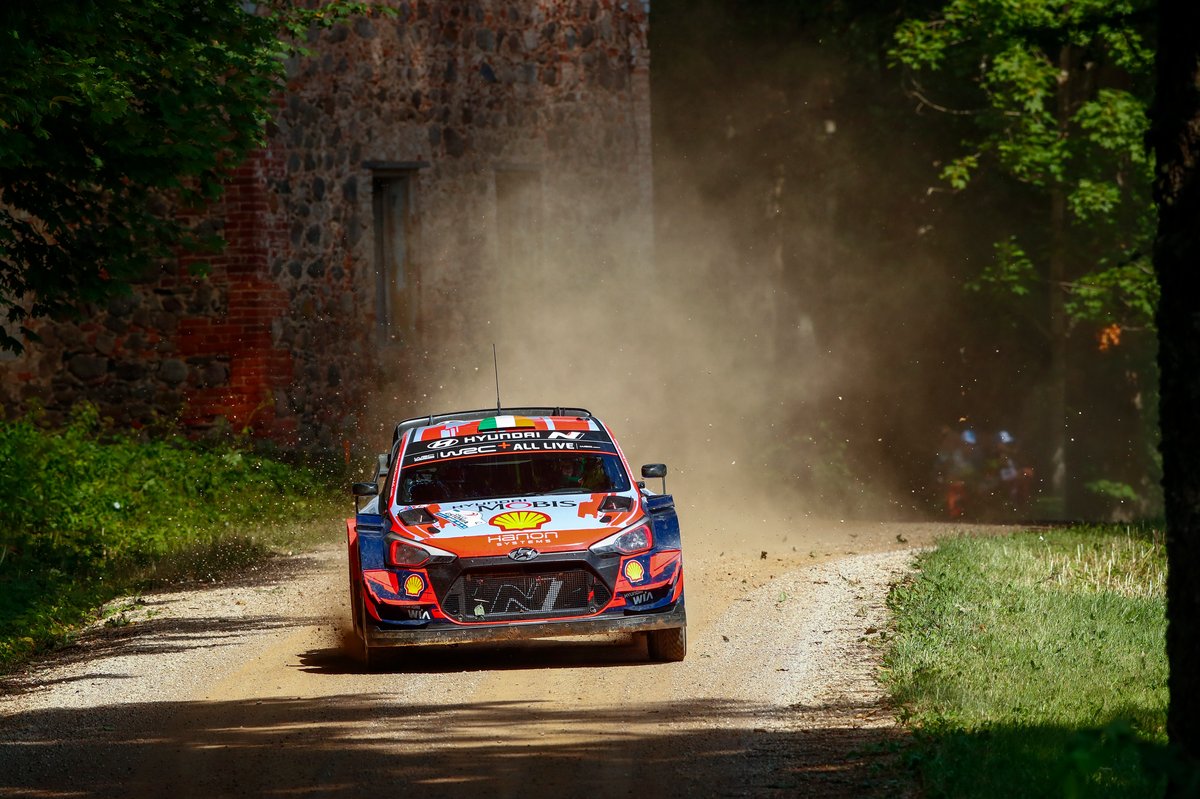 Toyota’s Elfyn Evans managed to find an improved pace to close the gap in fifth, while M-Sport’s Teemu Suninen was sixth despite a his Ford Fiesta developing mechanical issue. The sister Ford of Gus Greensmith, running under restart rules, also suffered a centre differential problem, but reached the end of the day.

A clearly fired up Tanak scored his fourth consecutive stage win by dominating the opening test.

After Rovanpera’s stunning morning run through the Peipsiaare stage, where he was more than 10s faster than the field, Tanak responded by completing the second pass, of the now heavily rutted stage, 7.5s quicker than Rovanpera.

Rovanpera was left to settle for second but in doing so he extended his lead over Breen by another 3.8s.

Evans showed signs of a recovery after clocking the fourth fastest stage time that saw the Welshman, struggling for confidence, take 5.1s back from Ogier, who in turn dropped time to third-placed Neuville.

Tanak’s charge continued as he claimed the next stage, another test that was cut up from the first pass, leaving drivers with plenty to think about. 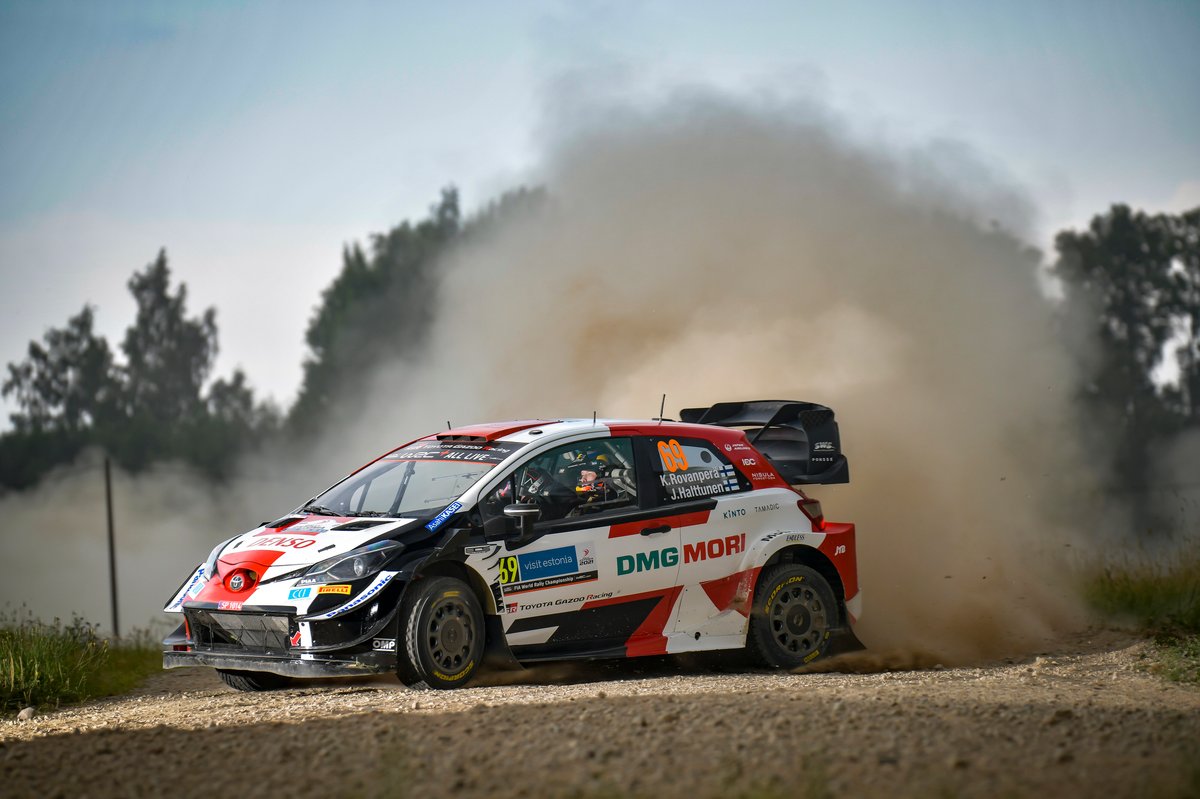 Despite the additional road surface challenge, Tanak was in a different league posting a time 2.6s faster than leader Rovanpera, who had started to back off.

“We just tried to compromise, but you don't know if the ruts are taking you into the forest or into the corner,” said Tanak.

Rovanpera’s time was good enough for second and again he took yet more time out of Breen, emerging with a 45.6s overall lead.

"I have started slowing down a lot but the time is still good. I need to slow down even more, there are very deep ruts,” said Rovanpera.

Neuville continued to firm up his third position after beating Ogier again, while Evans closed to within 17s of his championship rival in the battle for fourth.

Contact with a hay bale failed to halt Tanak’s relentless pace as the afternoon continued with the Estonian on full attack despite hanging dust in the air hampering visibility. 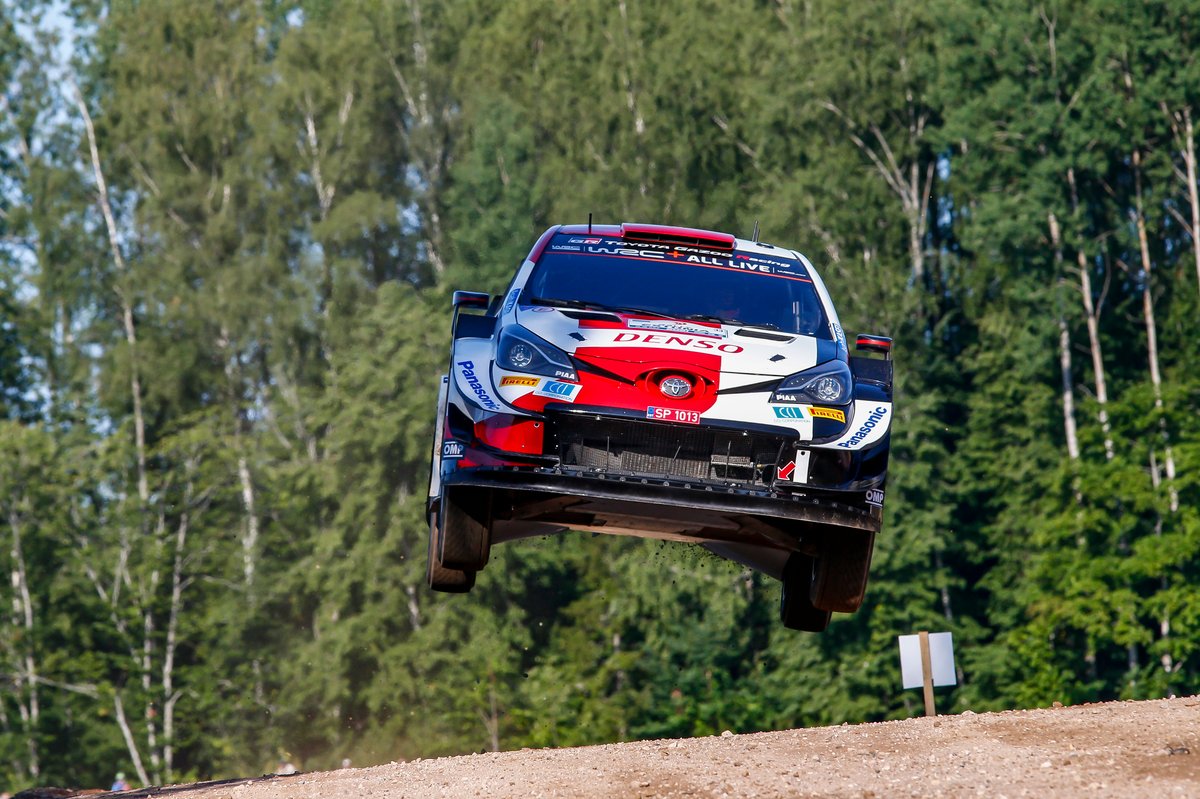 Tanak’s stage 16 winning time was 6.1s faster than Neuville as rally leader Rovanpera elected to not to take any risks and protect his lead over Breen.

Ogier responded to the threat posed by his team-mate Evans as he pulled 20.2s clear of his title rival.

Neuville ended Tanak’s run of stage wins on the penultimate stage of the day after edging his team-mate by 0.6s.

For the second time today Tanak checked into the stage late in what appeared to be a strategy call from Hyundai to alter his road position to behind Neuville to prevent any hanging dust affecting the Belgian.

Ogier won the final stage of the day, a run through the tight and twisty Tartu Super Special in front of a packed crowd.

The Frenchman was 0.7s quicker than Neuville with Evans third and Rovanpera fourth, while rally rival Breen was 12th after dropping time following a collision with a a rock lining the stage.

Rally Estonia concludes on Sunday with a further six competitive stages, including the Power Stage.