Elfyn Evans has explained his deficit to the Rally Estonia podium positions is down to a lack of confidence admitting he is not “feeling 100%” comfortable.

The championship contender has struggled to match the pace of his Toyota team-mates, rally leader Kalle Rovanpera and fourth-placed Sebastien Ogier, which has left him almost two minutes adrift of the lead in fifth.

Evans made a costly mistake on Friday’s second stage when he overshot two junctions and stalled the car losing 12 seconds in the process. Since then the Welshman has struggled to recover and has now fallen adrift of the top four.

Last year’s championship runner-up admitted he wasn’t clicking with his Yaris on the fast and flowing gravel stages on Friday.

Evans offered an honest assessment of his situation during Saturday's midday service, admitting that confidence levels are not where they should be.

“I’m still searching and I need to search a bit harder. I think from a car balance point of view it is a bit nicer to drive but I’m not finding the sweet spot still,” said Evans.

“I don’t think a lot of it is in the car to be perfectly honest.

“I think I’m missing a bit of confidence and I’m not relaxed enough behind the wheel.

“Now it is quite a big gap in front and the mileage is becoming less and less. Of course we have to keep trying and not give up but it is looking more difficult to close the gap.

“I’m just not feeling 100% confident for whatever reason and I’m missing that last bit that you have to have to compete.” 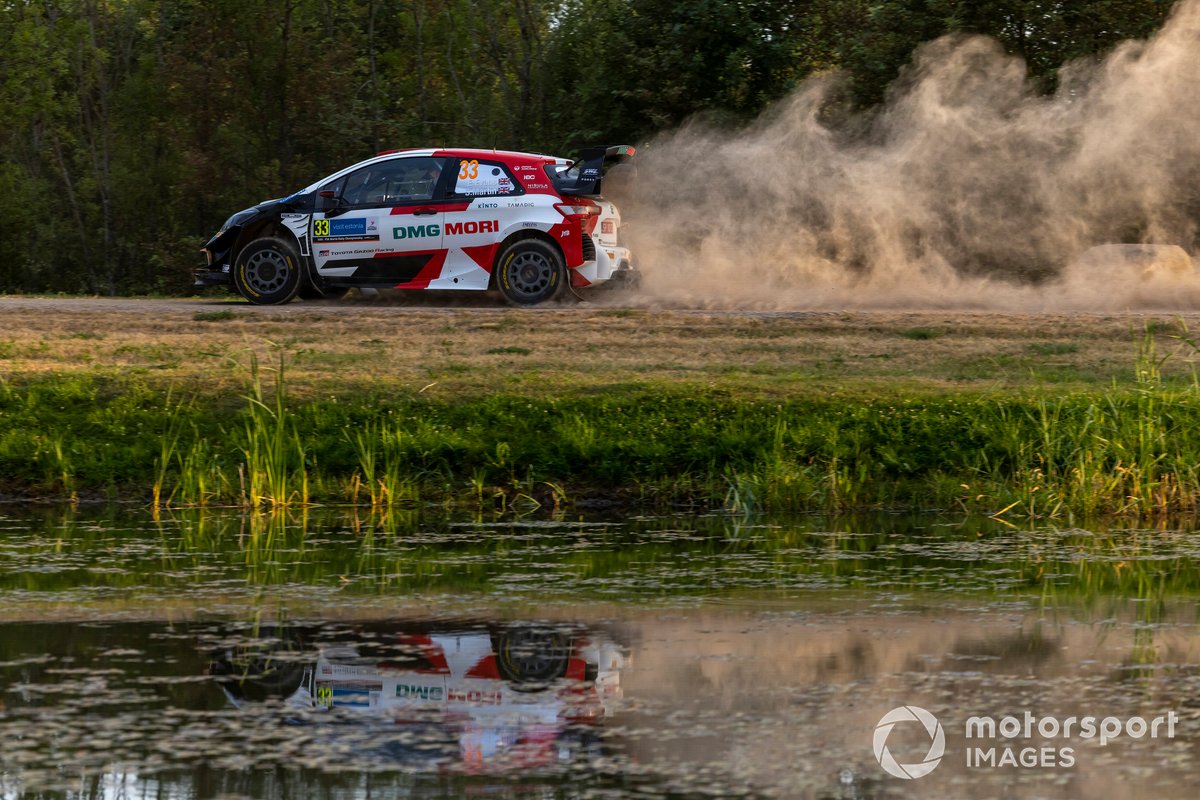 Determined to score a decent haul of championship points after retiring early on in Kenya last month, Evans is desperate to improve his position but is wary Estonia’s fast and a slippery roads pose plenty of danger.

“It is difficult as these are the circumstances where you can throw things away if things are not working 100%, so it is a difficult balance to find but at the same time we want to do better and keep pushing,” he added.

“Let’s see what we can do we are not giving up.”

Evans’ title rival Ogier has also revealed he is not quite in the sweet spot in his Toyota, stating that he is not in “fighting mode” and was driving too cautiously.

“It is a good battle but I have to say I’m not really in fighting mode at the moment,” said Ogier, who holds a 34-point championship lead over Evans.

“This morning I was basically too careful. I didn’t feel as well in the car on this new section it was softer ground and more slippery.

“I didn’t do enough and I have seen I was too slow and bit too careful but it is better that way or the other for me at the moment. It is hard to go fully into attack mode.

“I was driving a bit too much with my brain this morning and not enough with the right foot. Championship-wise I’m in a position where it would be stupid to take all the risks.”

The rally continues this afternoon with Rovanpera holding a 35.7s lead over Hyundai’s Craig Breen.