The 20-year-old Finn showed no signs of nerves as he cooly completed the opening three stages of the final day, opening his advantage over Hyundai’s Craig Breen to 54.2s.

Given his comfortable margin, Rovanpera seemingly only needs to complete the final three stages to become the youngest-ever WRC winner.

"It feels good, but we just need to wait for the finish," said Rovanpera. “Anything can happen in rally so the plan is the same, just to enjoy the second loop also."

Local hero Ott Tanak and Thierry Neuville shared stage victories on the first two tests for Hyundai, before the latter took the spoils in the last test of the loop, the dress rehearsal of the rally-ending Power Stage.

As a result, Neuville closed to within 20.6s of Breen, while championship leader Sebastien Ogier occupied fourth comfortably ahead of Toyota team-mate and title rival Elfyn Evans.

M-Sport Ford’s Teemu Suninen ended the loop sixth ahead of the fourth Hyundai of Pierre-Louis Loubet. 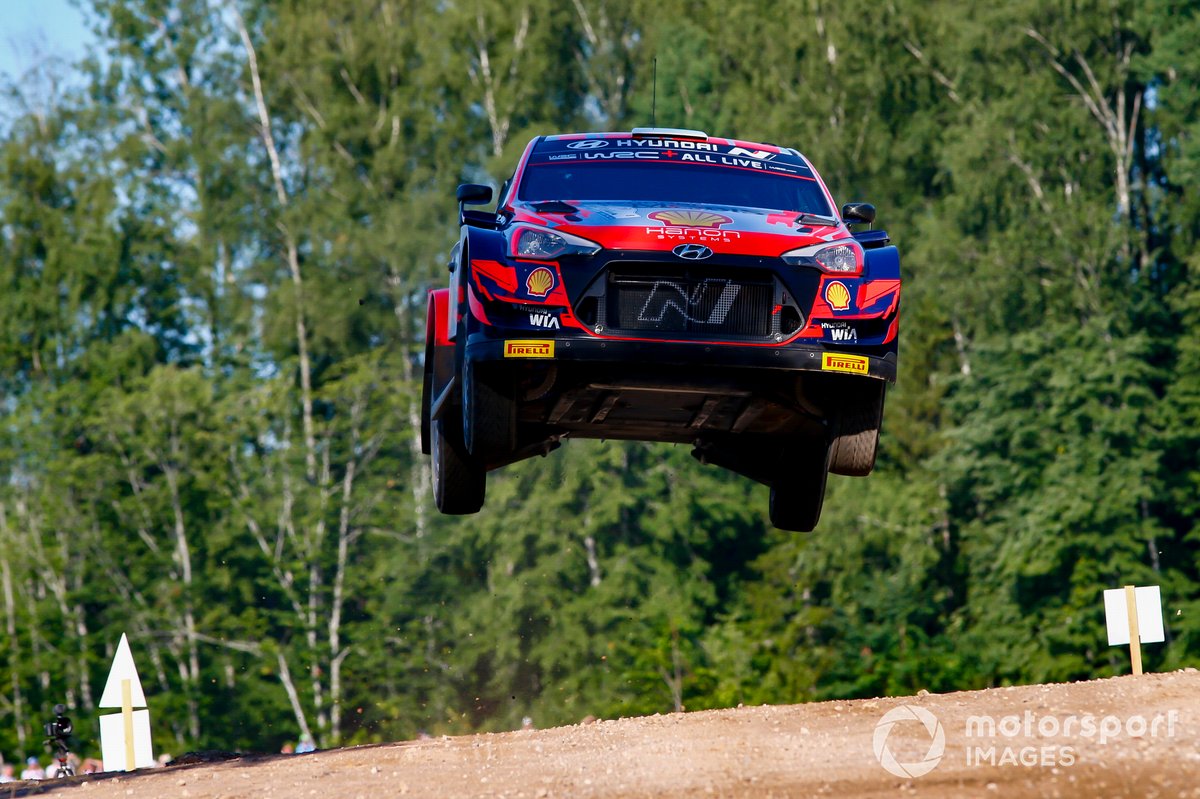 Tanak started the final day where he left off on Saturday as he set the pace on the opening stage despite opening the road.

The Estonian was matched by team-mate Neuville who punched in a solid time to share the stage win.

Leader Rovanpera took a sensible approach completing the first test of the day 1.8s slower, but his measured drive did in fact take time out of his nearest rival Breen.

M-Sport’s Gus Greensmith was lucky to reach the stage as another engine issue, this time spark plug related, resulted in the Brit checking in late for the stage, and he copped a two minute penalty in the process.

For the second stage in a row Tanak and Neuville shared the spoils after setting identical times on the penultimate run of the loop, a 11.72km blast through Elva.

Rovnapera held his nerve and again extended his lead over Breen by another 3.2s despite driving in a relative cruise mode.

Ogier and Evans continued to hold station in fourth and fifth overall respectively.

Neuville completed a perfect practice run of the technical Tartu Vald stage that will act as the Power Stage. The Belgian took the honours by 0.1s from Ogier, while Evans was third 2.5s further back.

Breen was 0.2s faster than rally leader Rovanpera as the pair came through the loop of stages unscathed.

In WRC2, Mads Ostberg continued his charge to reel in leader Andreas Mikkelsen, ending the loop only 17.2s adrift.

The field will complete a second run through the trio of stages to conclude the rally.