Takamoto Katsuta has withdrawn from Rally Estonia after doctors advised co-driver Daniel Barritt to rest after being taken to hospital for neck and back pain.

The Toyota pairing had made a strong start to the seventh round of the World Rally Championship on the fast and jump laded Estonian gravel roads before drama stuck.

Katsuta and Barritt were sitting third overall after stage four but the pair were forced to stop on the road section to stage five when Barritt reported neck and back pain.

Barritt was then transferred to hospital for treatment and has since been released without serious injury.

However, Toyota has confirmed the pair will not restart the rally after medical professionals advised Barritt to rest up.

“After he underwent further assessment by doctors, we can confirm that Dan Barritt is OK and has not broken anything,” read a statement from Toyota.

“He has however been advised to rest, and therefore Takamoto Katsuta and Dan will not restart the rally.” 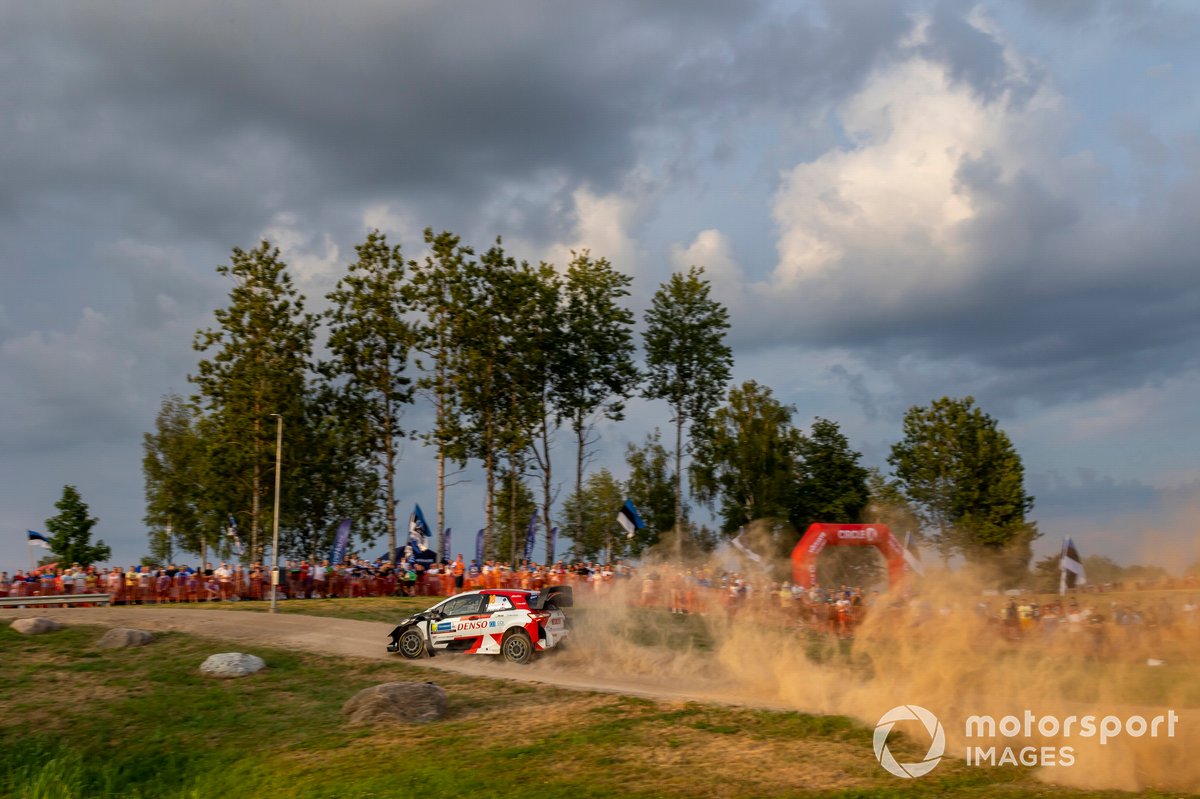 The news will come as a blow to the pair having been the surprise package of the WRC season to date.

Last month they finished second behind Sebastien Ogier at the Safari Rally, which was Katsuta’s maiden podium in rallying’s top tier.

Prior to retirement from this weekend’s rally, Katsuta and Barritt were the only crew to have finished every event inside the top six.

Katsuta’s demise from the rally is the latest retirement in a brutal Friday in Estonia that began with rally favourite Ott Tanak forced out of the running after stage three having suffered three punctures in the morning’s opening two stages.

The Hyundai driver is set to return on Saturday under restart rules.

The Estonian will be joined by M-Sport Ford’s Gus Greensmith, who retired with a technical issue on his Ford Fiesta after stage 4.

Toyota’s Kalle Rovanpera led the rally by 4.8s from Hyundai’s Craig Breen after the opening four stages of the day with championship leader Ogier in third.