The Irishman’s hopes of a strong points haul from the second round of the WRC were dashed by a high-speed off on the second stage of the snow rally.

Breen had spun early in stage two when he clipped a snowbank with the rear of his car, which pitched his Ford Puma into a spin, costing him 28 seconds to rejoin the road.

His day then ended prematurely minutes later when he fired off the road and ploughed through a snow bank, burying his Puma in the deep snow. Officials briefly red flagged the stage to deal with the incident.

Speaking on his return to the service park, Breen admitted the accident was a “disaster” and that he had been distracted by an issue with his windscreen washer.

"On the second stage, close to the start, I touched a snow bank with the rear and we got wedged in between the snowbanks," said Breen.

"I managed to to get out of that but every time I braked after that the washer was spraying water onto the screen all of the time to the point where it would freeze. 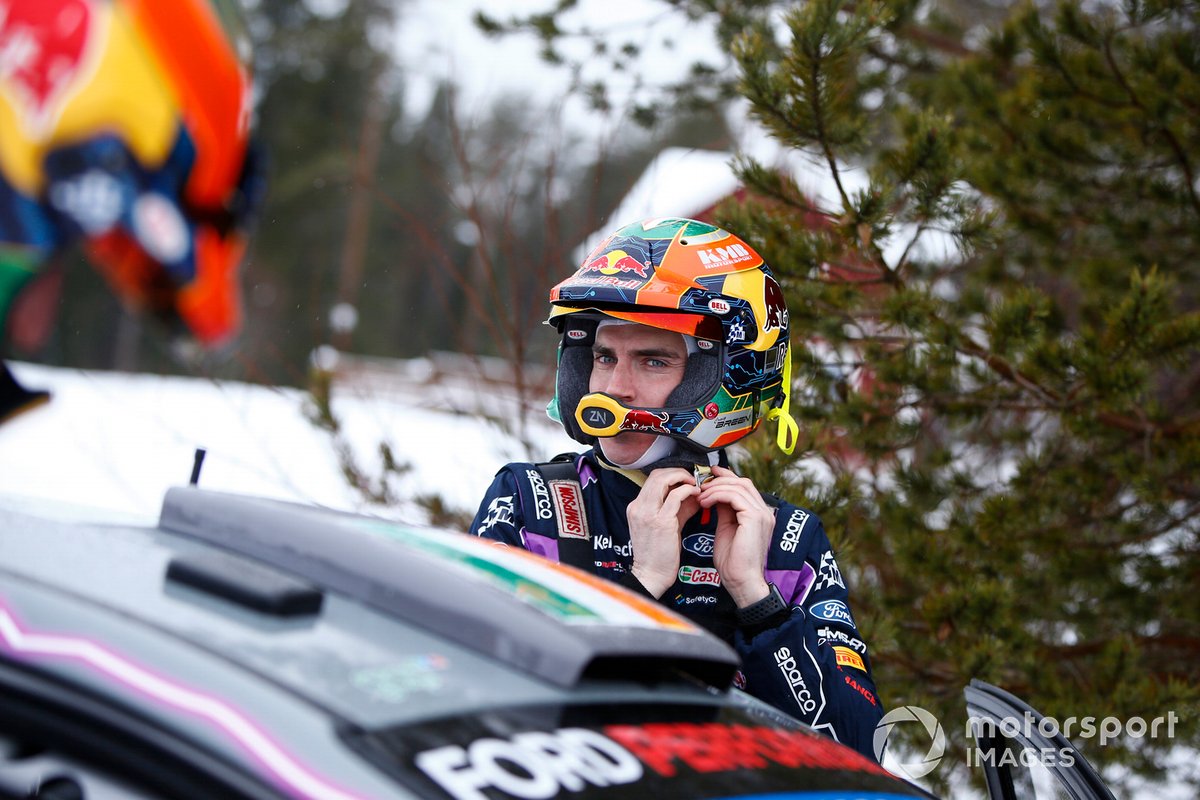 "Later on in a fast section of the stage over a couple of bumps I got caught out by not being able to see properly, and put off by everything and we got properly stuck in a snowbank, so disaster."

Luckily, the car suffered only cosmetic damage meaning Breen will be able to rejoin the rally on Saturday in the hope of fighting for powerstage points on Sunday.

“It is the only way I can get points out of this weekend now, we will focus our attention for the rest of the weekend on that,” he added.

Breen wasn’t the only M-Sport driver to hit trouble as Gus Greensmith struggled with gearbox and hybrid issues, before clouting a snowbank on stage five, leaving him in ninth position.