Toyota's Elfyn Evans remains in control of Rally Sweden at the end of the opening day of the shortened event, as reigning champion Ott Tanak reclaimed second 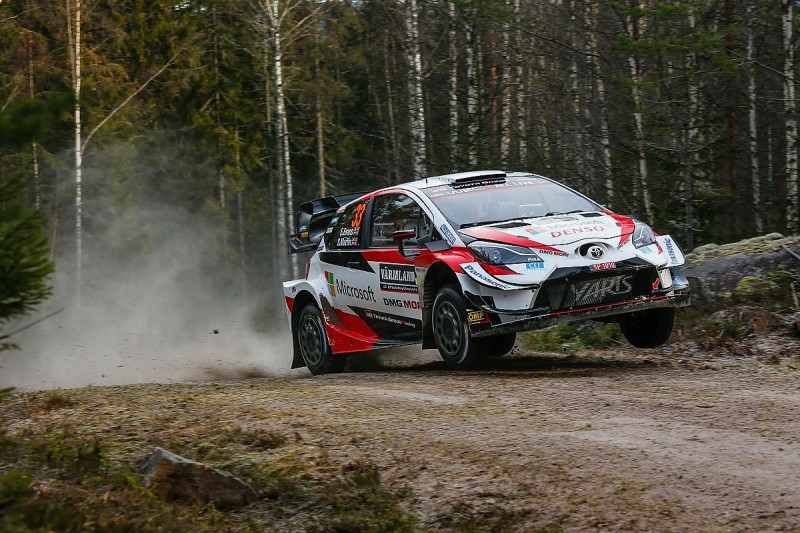 Evans dominated proceedings in the morning, winning two of the first three stages to take an eight-second lead into service after four stages over his team-mate Kalle Rovanpera.

The teenager had kept in touch with Evans heading into SS5 but a spin and a stall at a hairpin allowed Tanak to back up move into second having lost that spot to Rovanpera one stage earlier.

Evans is now 8.5s ahead of Tanak (pictured below) heading into Saturday - a repeat run of Friday's action - with Rovanpera a further 5.8s in arrears in third.

High temperatures caused Thursday's opening superspecial in Karlstad to be cancelled, effectively turning it into a second Shakedown stage for the crews. The whole event had already been shortened due to weather concerns.

Treble Rally Sweden winner Sebastien Ogier maintains his fourth place and is now just 3.5s behind Toyota team-mate Rovanpera at the end of the first day. The Frenchman declared his day as "OK" but believes he can extract more from his Yaris WRC on Saturday.

"[There was] a little bit too much gravel here and there, and in some sections it was good fun driving with some good grip, so it's been an OK day," said Ogier.

"But it's clear that our team-mates have shown that we can do better." 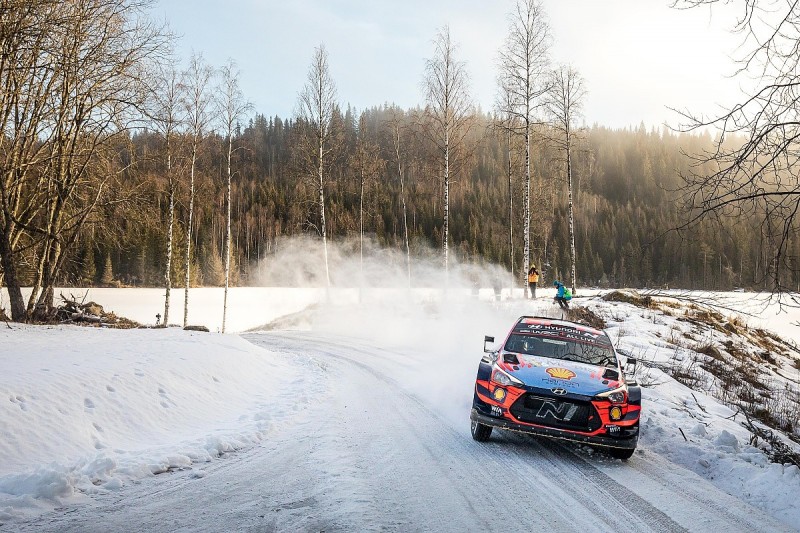 Esapekka Lappi is fifth for M-Sport, ahead of current championship leader Thierry Neuville - who struggled for confidence after running first on the road in his Hyundai i20 WRC.

Neuville said: "We thought going first would be a disadvantage and it definitely was.

"We're not happy with the overall classification but we are happy with how we are in the car."

Craig Breen lies seventh behind Neuville heading into Saturday, with the Irishman setting the third fastest time on the final stage of the day at Torsby.

There was disappointment for four-time Rally Sweden winner Jari-Matti Latvala, who suffered a suspected electrical issue on his privateer Yaris WRC following SS2 which caused intermittent engine cut-outs over the next test at Nyckelvattnet.

The Finn, who is without a factory drive in the championship for the first time since 2006, failed to make it out for the Torsby Sprint stage as a result.

Ostberg is not the top R5 car however, as WRC 3 (for privately entered R5s) Skoda Fabia driver Emil Lindholm is top and 4.5s clear of Ostberg.

Sweden is the start of the Junior World Rally Championship, and the Ford Fiesta R2T category is led by Tom Kristensson overnight.