Reigning WRC2 champion Lappi began 2017 on the sidelines while Jari-Matti Latvala and Juho Hanninen drove the available Toyotas in the firm's first rallies back in the championship as a factory team since 1999.

The Tommi Makinen-run squad will remain a two-car team for the next round in Argentina in a fortnight before Lappi and co-driver Janne Ferm are added for Portugal.

"Esapekka is a very young and very hungry driver, this is for sure, but of course he has not had so much time to test the car before his first rally," said Makinen.

"There is still a lot of progress that we can make with our car and he is going to be an important part of that development process." 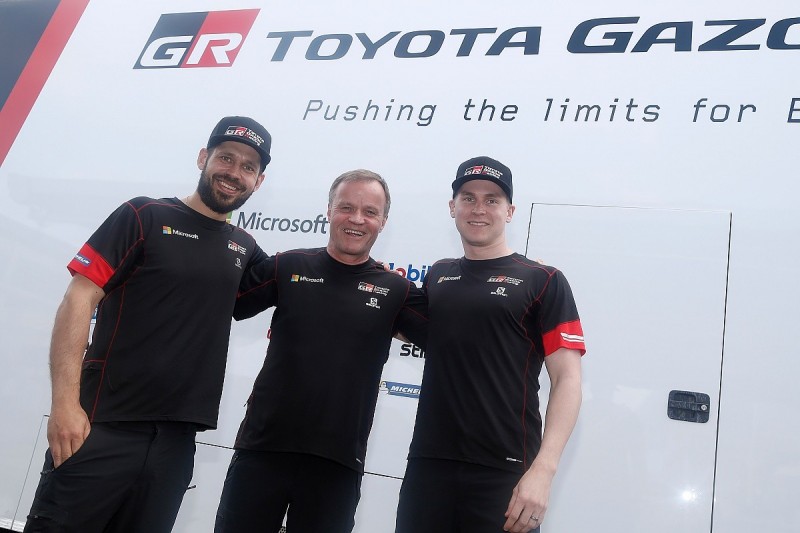 Makinen told Autosport at the last WRC round in Corsica that the intention was to field a third car on all European events from Portugal onwards, before reverting to two cars for the Australia season finale for logistical reasons.

But in announcing Lappi's debut on Tuesday, Toyota described his deal as "a limited programme of WRC rounds, which will be selected according to development requirements".

The arrival of the third Yaris should coincide with several upgrades for all three drivers.

"We have to put the car on a diet," Makinen told Autosport earlier this month.

"We need to get rid of some weight, which we can do in some of the panels.

"Then we need to work on the transmission to make the car better in the twisty sections.

"We will test more in this area in the coming weeks.

"And finally we need more from the engine."

Engine work for the Yaris is completed by TMG in Cologne, but Makinen admitted Ilmor had begun to supply some software solutions.