Competing in his first full-time campaign with Toyota, the 28-year-old has impressed this season, and is the only driver to finish inside the top six at all six events to date.

Despite a bout of food poisoning on the recce, Katsuta led the Safari Rally on Sunday, before being overhauled by Ogier, who went on to win the event by 21.8s.

The WRC podium for Katsuta was the first scored by a Japanese driver since Kenjiro Shinozuka finished second at the 1994 Safari Rally.

Katsuta’s success prompted significant praise from the Toyota president, who has been following his compatriot’s progress closely.

“Takamoto, it was fantastic! I’m very happy with what he has achieved,” said Toyoda.

“He started the final day ahead of Seb, kept running for the victory and finally stood on the podium. It was so impressive that I was shaking.

“Since this afternoon, I have been communicating with his father a lot. Both of us were so anxious and not able to do anything else. I am lucky that I was off today.

“He has completed the rally on those very harsh roads which he has never experienced before, fighting for victory with the world’s top drivers. 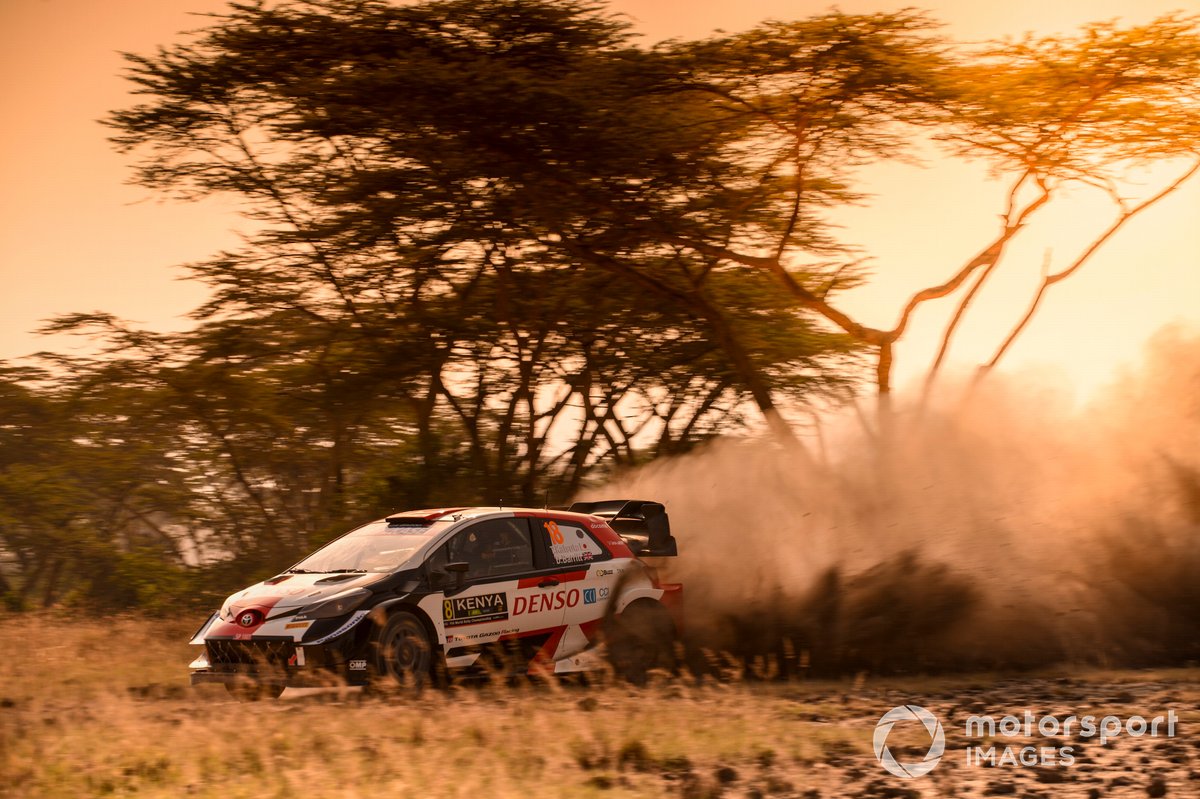 “I think, in this rally alone, he has grown up a lot more than he did before. There are six rallies left in this season, and the last one is Rally Japan. It is going to be very exciting.”

Katsuta described the podium result as a special feeling before crediting his team’s physio for speeding up his recovery from food poisoning prior to the event.

“I’m very happy and it is quite a special feeling because it has been a tough weekend,” said Katsuta.

“In the beginning of the week I had food poisoning and I have been quite sick and it was so difficult to do recce, but now we are here and everything works well and I want to say thank you to all of the team.

“On the recce day I was [ill] but our physio and the guys fixed me so in the rally I didn’t have any problems and I could 100 percent concentrate on the pace notes.

“I told myself now is not the time to fight Seb. In the future I will try to catch Seb and want to fight but I need to improve a lot.”

“That guy [Takamoto] is very humble and he deserves a really big applause because this weekend has had such a strong performance,” Ogier added.