Last weekend the rallying world paid tribute to Colin McRae, the 1995 world champion who died 10 years ago last month. DAVID EVANS explains what it meant to those involved

The big fella took a step back. He turned, grabbed the arms of his friend and whispered. "Sua figlia..." Mystified, I asked an Italian colleague for a translation.

"His daughter. The guy had seen Hollie [McRae] and understood that this was Colin's daughter."

Smiling and waving, Hollie had missed it all. But that moment summed up everything last weekend's Rallylegend event was about.

The organisers in San Marino had pulled together a quite astonishing list of world champions gathering - along with the cars they won their titles in - in memory of McRae's passing a decade ago.

And, in a hastily dressed basketball court in San Marino's Olympic Stadium, the crowd went wild as they emerged for a special champions' press conference on Saturday night.

But theirs' was nothing compared with the welcome McRaes, Jimmy, Margaret, Hollie and Alister received. Just to be doubly sure, a film of McRae magic was played out to a backdrop of a haunting cover of Bowie's Heroes.

Sitting high above the cloud in Serravalle's old town, five cylinders fire to mark the start of proceedings. The mist clears just in time. It's Stig in an E2. Then there's the inimitable fizz, woosh, pop, crackle of an S4 followed by the off-beat burble from the full range of Prodrive-sourced, mid-'90s Subaru hardware.

It's a Legacy, though, not an Impreza that's raising most smiles. Alister and Derek Ringer ran Colin's 1992 Swedish Rally Subaru Legacy RS as course car on the Rallylegend event.

Alister grinned: "Derek [Ringer] reckoned the car had 380bhp and weighed 1100 kilos in '92. Well, it's put a bit of weight on and lost some of its power since then!"

The event closed with Sunday's champion's parade around a stage known as The Legend. For that demonstration run, Hollie replaced Derek in the co-driver's seat. Saltire hanging from the window, the Scottish-crewed Subaru surfed another wave of emotion from the thousands packed on the banks. 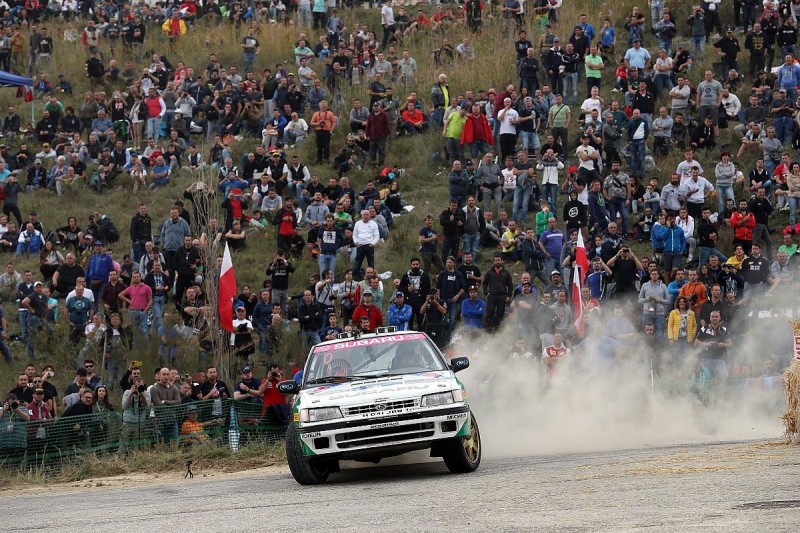 "It's amazing," said Hollie, 19. "There are just so many people. After all these years you expect it to... not die down, but maybe be less of a big deal. You forget what a big deal it was. There was an eight-year-old who came and asked Gramps for his autograph; people who weren't even alive back then [during McRae's career] are so enthused by it all.

"It's really good that we can re-live those days with events like this. And I got asked for my autograph! That was really nice. I got to sign a picture of my dad.

"I've got to hear some lovely stories about dad this weekend, stuff I'd never heard before and that I just didn't know."

Gramps - five-time British Rally champion Jimmy - McRae still competes regularly and is, by extension, exposed to the raw emotion that comes with these kind of occasions. But it was a weekend of pleasure and pain handled with unflinching and characteristic dignity and stoicism.

Kris Meeke, a McRae lodger back in the day, drove a Citroen Xsara WRC from Colin's final full season.

"What a weekend," said Meeke. "So many people coming to share stories about Colin. Guys have come to me to talk about what he meant to them and they've had tears in their eyes. Colin was that special."

Beyond the stars and their cars, there's one man who had to be singled out for special mention. Luis Moya. He made it happen.

Petter Solberg explained: "When Luis calls, you answer, and when he suggests something like this, you say yes. And you say yes straight away. This weekend has been unbelievable, so full of emotion.

"To have these drivers and co-drivers together is fantastic, but to see the look for Jimmy, Margaret and Alister and Hollie the best thing. We love Colin... but they are McRaes and this was their time. I hope we made it special."

More than he could ever know. 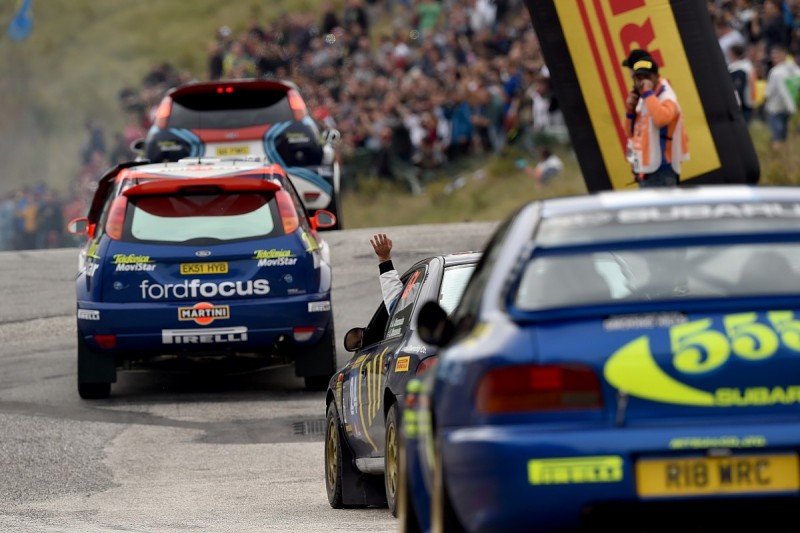