Their afternoon battle replicated their morning form - Neuville quickest on the opening stage then World Rally Championship leader Tanak fighting back on the next two.

Hyundai driver Neuville managed to halve Tanak's previous 3.2 second lead on the Stein und Wein stage, but Tanak inched the gap back up to 2.8s by the day's conclusion.

Blighted by understeer in his Citroen all morning, Sebastien Ogier began the afternoon sounding slightly more optimistic only to lose more ground to the top two as the loop went on.

Running wide onto the grass on the concluding Wadern-Weiskirchen stage didn't help his cause and he finished the day 22.1s from the lead.

Ogier may well have lost third but for a disaster for Dani Sordo on the final stage. 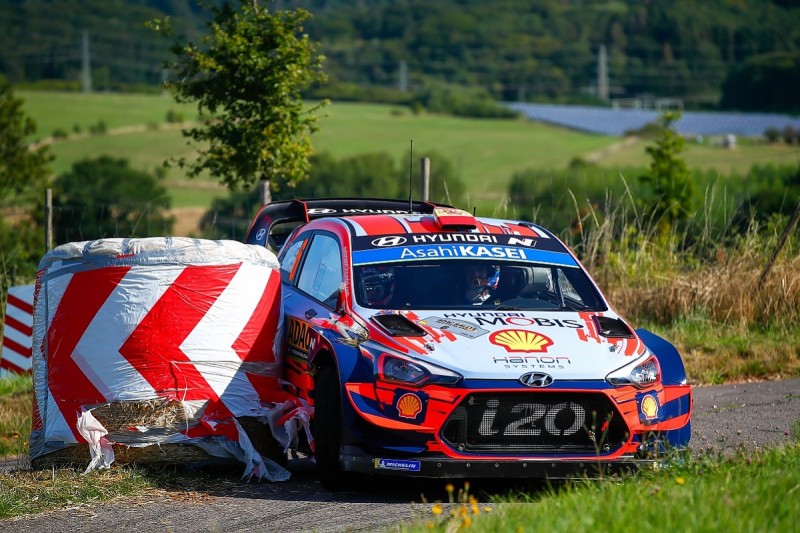 The Hyundai had closed to within 2.8s of Ogier with a quick time on Mittelmosel and grabbed fourth from Kris Meeke's Toyota in the process.

But a gearbox problem left Sordo limping frustratedly through Wadern-Weiskirchen and he tumbled to ninth behind sole remaining M-Sport WRC runner Gus Greensmith.

Meeke is still within 3.5s of Ogier in fourth and just ahead of Toyota team-mate Jari-Matti Latvala.