The Frenchman, who has departed M-Sport after back-to-back drivers' titles, drove the Citroen on a gravel development test in the Algarve area of southern Portugal.

Thursday and Friday were Ogier's first miles of any significance in the car. He first drove a C3 - with M-Sport team principal Malcolm Wilson's blessing - in France in September.

Six-time champion Ogier said: "It's an interesting challenge and I really think there's potential, with the equipment here to write a nice story.

"But that's not something that you can do on your own.

"This is just the first day, so from here on it's going to be important to quickly see what works and what works less well to try to feel as well prepared as possible from Monte Carlo." 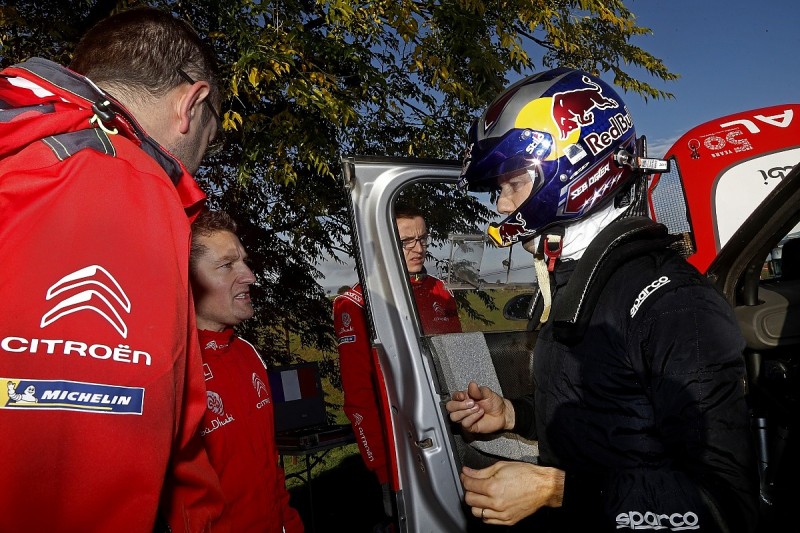 Ogier will test the Citroen for a further two days in the French Alps later this month, as he prepares himself for next month's season opener, the Monte Carlo Rally.

He said his two days in Portugal were key to assessing which areas of the car needed immediate focus.

"We had an important test focusing on dampers, which are obviously key in rallying," he said.

"So we're straight into one of the most important aspects to check and take decisions about, which will have an influence on the future.

"There are of course lots of areas for us on the car to look at and this will take a bit of time: differential, for example, but again but my initial feeling is not too bad and I'm sure we'll find the right solutions quite quickly."