World Rally Championship leader Ogier retired from Friday's leg when suspension damage from a heavy landing led to a crash in which his M-Sport Ford hit a tree on Ingrassia's side.

The rally's chief medical officer Dr Timo Kaukonen said late on Friday that Ingrassia had suffered concussion and advised him not to compete for 15 days.

While acknowledging that decision, M-Sport wanted more time to get further tests done so checked Ogier's repaired car out of parc ferme for leg two before retiring it again.

It had to go through the formality of restarting for Saturday in order to be allowed to do so on Sunday, when powerstage bonus points are available.

Having had a CG scan on Friday, Ingrassia underwent an MRI scan on Saturday at a different hospital. The scans were both clear but the diagnosis of concussion was upheld.

He is expected to be fit for the next WRC round in Germany next month.

"We just wanted some through checks from the neurosurgeon today," he said.

"They came with the same prognosis so that's fine.

"He just needs some time off to make him fully fit for Germany. 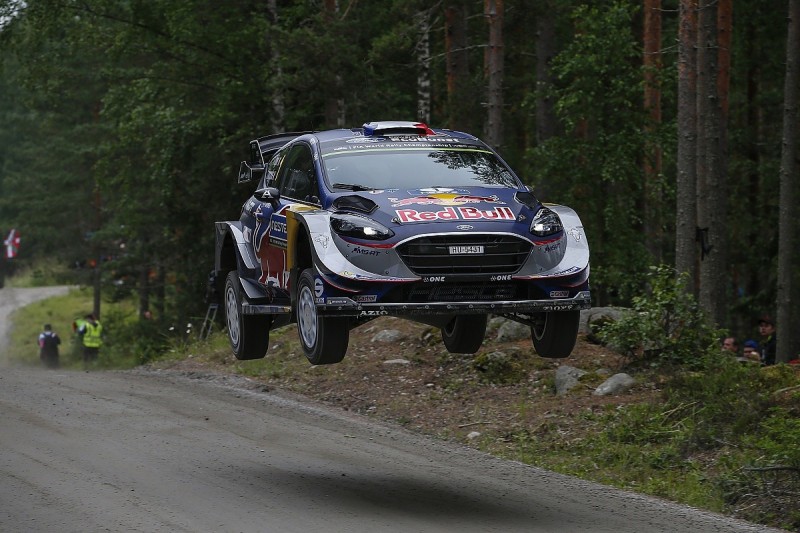 "We had the [Friday] decision given to us late at night without the crew and we wanted the opportunity to make a further decision today with the crew around, and that's what we did.

"The organisers agree with us. There's no harm to going to get more tests, which is what we'd done.

"The outcome is the same as what the CMO here said. The CMO gave great advice.

"Nothing against any of the decisions made previously, we just wanted to get some more options before the final decision."

"I'm not a doctor, but the understanding is that it's a medical ethics issue and you're entitled to a second opinion," he said.

It initially looked like the damage to Ogier's 11-point WRC lead would be limited as his title rival Thierry Neuville struggled in a distant ninth on Friday morning.

But slightly improved pace from Hyundai and attrition ahead has moved Neuville onto the tail of fifth-placed Craig Breen going into the final day.

Neuville is on course to get either eight points for sixth or 10 for fifth, with another five available on the powerstage.

"It means [Ogier] will go away from here with nothing but you can't risk the safety of the crew," Millener added.

"[Ingrassia] needs to look after himself. There's no point doing anything else.

"Germany's going to be exciting for the fans now."