An unprecedented ECU failure caused Jari-Matti Latvala's retirement from the Rally Finland lead, which the Toyota World Rally Championship driver said felt like 'a knife to the heart'

Latvala had reclaimed first place from team-mate Esapekka Lappi during Saturday morning and was pulling away when the ECU problem caused his Yaris to stop on the second pass of the Ouninpohja stage in the afternoon.

"They changed the ECU and the car fired straight away," Latvala told Autosport.

"I don't think anything was damaged from a jump. We did many jumps with hard landings in the test."

He attempted to re-fire the car but to no avail.

"I tried to power-cycle the car and when this is happening you are really hoping it will start," Latvala said.

"When it failed it was like somebody took a knife and stuck it in my heart."

Toyota team principal Tommi Makinen agreed the problem was a new one.

"We never saw anything like this in testing before," he said. "Everything was going so well. 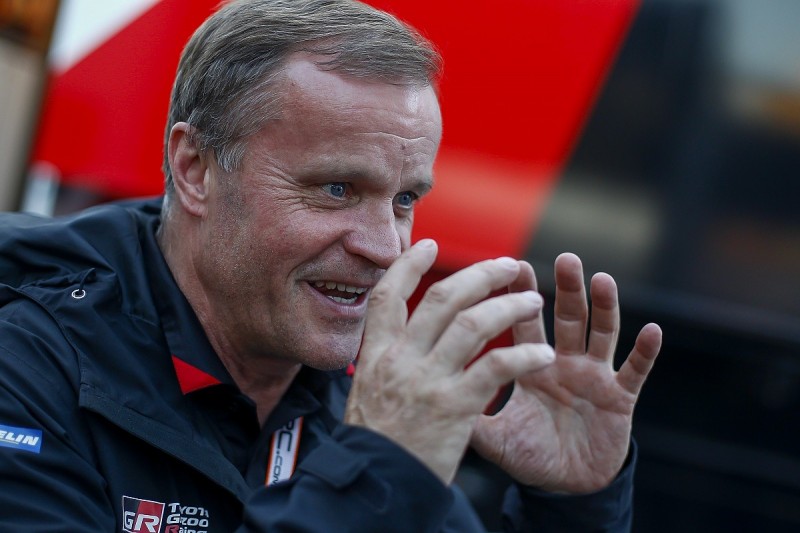 "There was no warning in the car, it just stopped. Everything was zero from the ECU.

"Absolutely big disappointment. He could have won this rally and it could have been so good for the championship."

Prior to Latvala's retirement, Makinen's Finnish-based Toyota team had held first, second and third on its home event with Latvala, Lappi and Juho Hanninen.

Lappi - in only his fourth World Rally Car start - now goes into the final leg with a 49-second lead, while Hanninen has fallen back to third behind M-Sport Ford driver Teemu Suninen.

"This morning we started with very big smiles on our faces," Makinen said.

"We were very, very happy to have the top three. Now we are still smiling but not so big."