An announcement of Evans's move from the DMACK entry that runs alongside M-Sport's works cars into the frontline squad is expected soon.

M-Sport team principal Malcolm Wilson is still trying to finalise a deal to keep world champion Sebastien Ogier in a Ford Fiesta WRC next season, and is understood to be closing on an agreement.

Once Ogier has decided on his future, Evans will be announced quickly afterwards.

Wilson told Autosport no deal was done with any drivers for 2018, but Autosport's sources have confirmed Evans will be with M-Sport.

Evans will return to Michelin tyres after two years driving on DMACKs, winning the British Rally Championship last season and contesting the whole WRC this year.

The future of the DMACK WRC team is currently uncertain.

Keen to remain with M-Sport, Evans told Autosport: "Nothing is confirmed for next year yet, let's wait and see what the next few weeks brings."

Ogier was giving nothing away about his plans for next year earlier this week, saying only that his mind was still not "100% made up."

Wilson added: "We're doing everything we can to keep him, I've told you that lots of times before, but it's absolutely true. We're looking at every option.

"He knows the ambition and the ability this team has and what we have planned moving forward.

"We've had an incredible year this year and we would very much like to build on that in 2018." 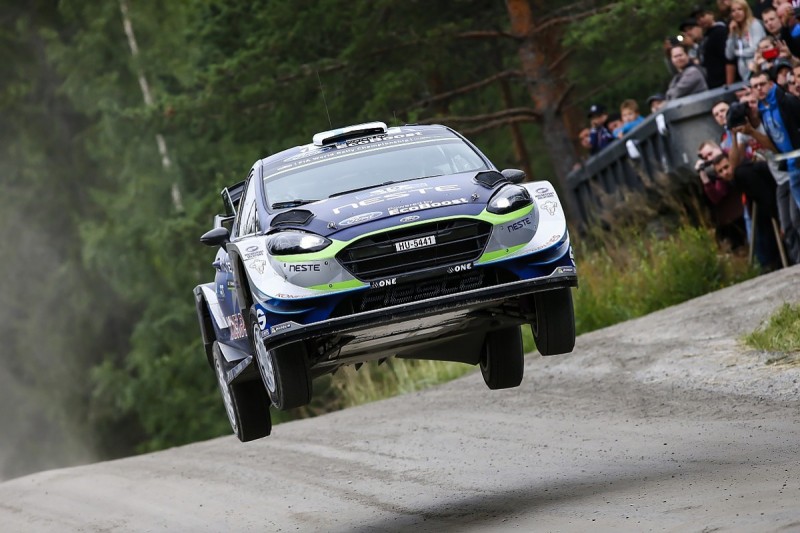 Should Ogier retire or go to Citroen, an option which is seen as increasingly unlikely, Autosport's understanding is that Teemu Suninen will become a bigger part of M-Sport's plans.

Suninen is already penciled in for six rounds of the championship in a Fiesta WRC next season, having finished sixth and fourth when he was moved up from WRC2 to the top class in Poland and Finland this year.