Evans, the 2017 event winner, was the only driver to challenge the dominant Ott Tanak on Friday morning and entered the day's second loop in second overall.

But he was unable to take his place in time for the first stage of the afternoon, the lengthy Clocaenog run, after stopping on the road on his way to the starting point.

After missing his starting time for the stage, M-Sport took to social media to confirm Evans's retirement.

"We don't know 100% what it was but unfortunately it looks like as soon as he drove out of the service park he developed a misfire," M-Sport's client liaison manager Rich Millener told Autosport.

"There was no problem leaving the service but [the misfire] came on straight away.

"As he drove to the stage it seemed to get worse and he stopped to try and fix it.

"It was getting worse and he [Evans] knew what to do. He had parts in the car like spark plugs - things he knew he could change - so he changed everything he could.

"And then unfortunately it sounds like he had problems with one of the bolts that dropped a lot more time.

"He managed to get going again, we thought it was solved but it came back straight away, and then he dropped more time.

"It was a bigger issue than what we originally thought." 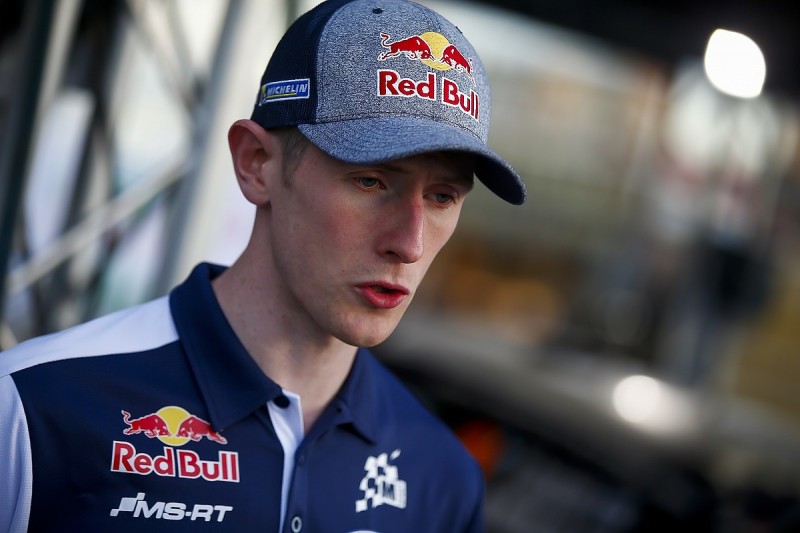 Millener added that the team saw no indication of problems in the service park ahead of Friday afternoon's running.

"No, nothing [appeared to be wrong] at service and lunch," he said.

"We did the visual checks and nothing detailed, in particular, because we had no concerns.

"Then unfortunately whatever it is decided to cause the problem. It's very frustrating. We've done nothing different to [the] other cars so it looks like complete bad luck."

If M-Sport repairs the problem overnight, Evans can rejoin under Rally2 rules on Saturday.

But he would incur significant time penalties that would rule out any chance of recovering a strong result.