The Alzenau-based squad claims the new Rally2 car will continue the success enjoyed by its R5 predecessor, with key development work to be overseen by Hyundai Motorsport's team principal Andrea Adamo.

It has enjoyed success across Europe, with Spain, Portugal and Poland some of the countries in which it has clinched titles.

The five-speed sequential gearbox found in the R5 is the only component that has been carried across to the i20 Rally2 project.

Everything else has been designed from scratch by the 60-strong team employed by Hyundai Motorsport's Customer Racing division.

This includes the chassis, which features fresh suspension components and dampers for "more driver-friendly handling characteristics on all surfaces". 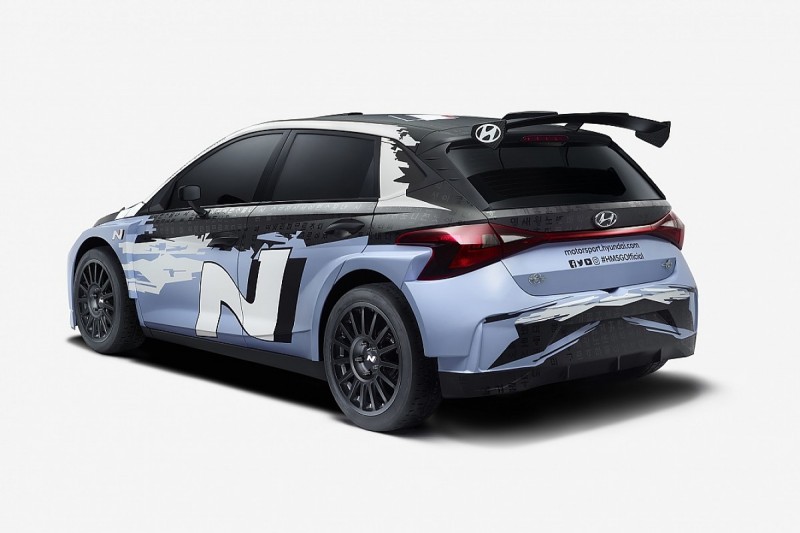 No technical details have been released but, under the current guidelines, the i20 N Rally2 will produce 285bhp and put this power onto the road through a four-wheel-drive system incorporating front and rear mechanical differentials.

The unveiling of the Rally2 model coincides with the launch of the i20 N - the first ever road-legal, performance version of the South Korean manufacturer's supermini.

"The i20 R5 was the first car from Hyundai Motorsport Customer Racing - and the new i20 N Rally2 shows how far we have come in the five years since the foundation of the department," said Adamo.

"Every area of the new car is an improvement over the original thanks to the design work completed by our dedicated team of designers and engineers.

"Our focus is now on testing the car to further develop each aspect of the design to improve both performance and reliability, while also ensuring that the handling enables each and every one of our customers to achieve the best possible results when they can start competing with the i20 N Rally2 next year."

Rally2 is the new name for the second-tier of the FIA's rallying ladder and was previously referred to as the R5 class.