Neuville to donate up to €10,000 to charity at every WRC round

Hyundai driver Thierry Neuville will donate up to €10,000 to a local charity or association at each round of the World Rally Championship in 2020

Neuville, who has 12 WRC wins and has finished second in the championship for the last three seasons, announced on his Facebook page that he will donate €2000 at each event.

He added that he will contribute double for a podium and donate €10,000 on any WRC event he wins.

For this weekend's Monte Carlo Rally, Neuville's donation will go to Association Reves, a charity which helps sick children achieve a dream. It is based near Lyon in eastern France.

"I'm really happy to announce that this season I will do something I wanted to do since a while already," Neuville wrote on Facebook.

"In 2020, I will support a local association on every WRC event.

"I will donate €2000 to each chosen association.

"For Rally Monte Carlo, I would like to help the French Association Reves, which is giving the chance for severely sick children to fulfil their biggest dreams.

"I invite you as well to have a look at the fantastic job they are doing."

Neuville is also offering fans the chance to co-drive for him, as part of a competition with one of his sponsors, Monroe, launched on Neuville's Facebook page.

Fans have been encouraged to post pictures of WRC events online - Neuville encouraging fans to be safe while capturing images - one of which he will pick as a winner at the end of the season for a fan to get the chance of a passenger ride in his i20 Coupe WRC. 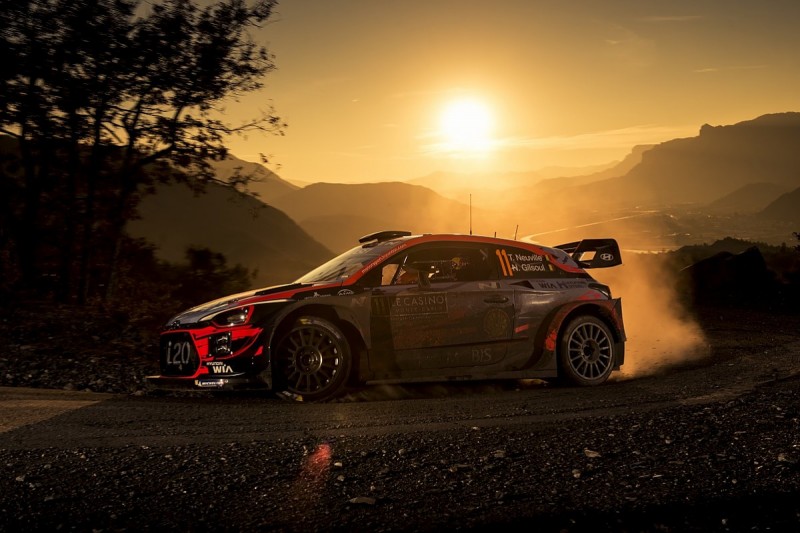 Neuville is a regular frontrunner on the Monte Carlo Rally, and finished second on the event to Sebastien Ogier last year.

With the addition of Ott Tanak to the Hyundai team from Toyota, Neuville has an extra challenge from within his own team, but is confident heading into the event.

"It's a very tough event, and tyre choice is crucial," said Neuville.

"It's a difficult event in which to compete; there's a lot of hesitation and you need good pace notes, as well as accurate information from your weather crew.

"With different altitudes in the stages, high concentration is key.

"Conditions are constantly changing and the most dangerous thing for us is black ice.

"We have been competing in Gap for a few years now and we know which sections are in the shade all day and will be slippery, but there will always be some surprises waiting for us in Monte."