Thierry Neuville says he has to score big points in this weekend's Rally Sardinia to keep the pressure on Toyota title rivals Sebastien Ogier and Elfyn Evans.

The Hyundai driver threw away a strong shot at victory in Rally Portugal two weeks ago when he hit a bank during the Mortagua stage and damaged the rear suspension on his i20 Coupe WRC.

Neuville was sitting second at the end of Friday as Hyundai held the top three positions, with Dani Sordo leading and Ott Tanak third.

However the rally imploded for the Korean marque on Saturday as first Neuville, then Tanak retired with suspension damage, leaving third driver Sordo to finish second behind Evans.

Having slipped 22 points adrift of championship leader Ogier to third in the standings, Neuville says he needs to respond at this weekend’s Rally Sardinia if he is to keep himself in the hunt.

“The main feeling we have now is we know we have to score good points here this weekend,” said the Belgian, who topped the times in shakedown by 0.9s from Tanak.

“We have to have a trouble-free run and it is really important if you want to keep the pressure high on Sebastien and Elfyn. Of course they can have trouble or punctures or issues with the tyres, and it is the same for us.

“The experience from the past is that there is no driver in such a competitive season that has had a whole season without a rally where no points are scored. The season is not over yet.

“I’m confident we have our chance to fight back, but I also know this weekend that I really want to score big points to close in the gap a little bit.

“We are going to try to manage our speed and push when it is needed. We had great speed in Portugal but it was a simple mistake that brought our rally immediately to an end. We have got away with mistake in the past but this time it was crucial and it was a shame.” 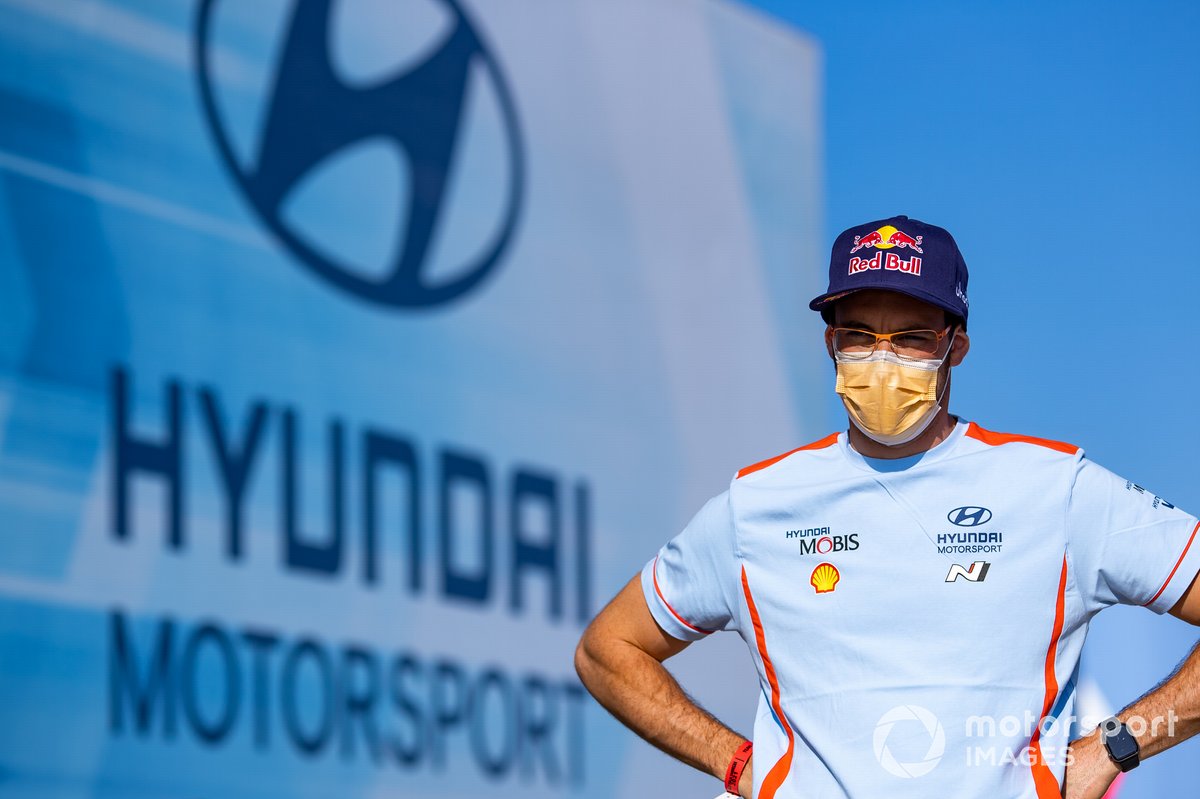 After witnessing a potential Hyundai one-two-three evaporate in Rally Portugal, team boss Andrea Adamo says that “no panic reaction” is needed in Italy.

“We didn’t change the approach of the rally in respect to what we had planned,” Adamo told Autosport.

“The worst we could have done was a panic reaction. We know that we have prepared very well and we know the car performance is there, so no panic reaction is needed.

“We have to never give up and to push and work hard as we did. We have to bring back the good things that we have seen and try to understand what was wrong to avoid it happening again.

“There are so many rallies. It is not the end until it is the end.

“I would be more worried if we had finished second in Portugal without leading and being competitive.

“The competitiveness that we have shown can give us the mood and the determination to fight back, 37 points [deficit] and so many rallies from now until the end of the year it is not a disaster.

"We cannot forget we are facing rallies like Sardinia, Kenya, Acropolis, so many rallies where anything may happen. They are rallies that we have good drivers for.”

The rough gravel roads of Sardinia have proven to be a happy hunting ground for Hyundai in recent years, having won in each of the last three editions. After Neuville claimed the spoils in 2018, Sordo ended his six-year wait for a second WRC win in 2019, then followed it up in 2020.

However, Adamo is not allowing complacency to creep in despite Hyundai's success on the rally.

“The good thing is they will start still back in the starting list order.”

Rally Sardinia is set to begin on Friday with the first stage beginning at 0722 BST.